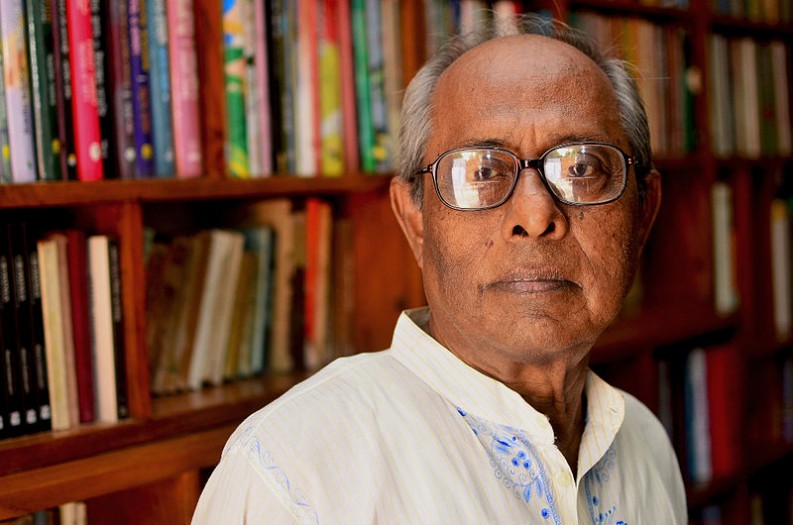 It is said that Hasan Azizul Haque is one of the most beloved short story writers in contemporary Bangla literature. But with the exception of the occasional anthologized piece, his work has been largely unknown to the English speaking world. But now his first translated collection of short stories is being published by Bengal Lights Publication, and will be launched on the first day of Hay Festival Dhaka. To mark the occasion, Haque sat down with Rifat Munim of Bangladesh’s Daily Star to talk about his short stories and the importance of translation.

Do you think this collection will make a difference in introducing you to an international readership?

Do you think a lot more effort should be put in translating Bangla literature?

Of course. It goes without saying. Without translation promotion of Bangla literature is impossible.

I’ve said it many times that at least six or seven of those who have contributed to what is Bangla literature today are worthy of winning the Nobel prize in literature. And if you take the entire Bangla as a whole, the east as well as the west, then another six or seven should [be] added to the list. It is our misfortune that Manik Bandyopadhyay, Bibhutibhushan Bandyopadhyay, [and] Tarashankar Bandyopadhyay were not awarded this prize. Lack of good translation is the reason behind this.

Nobody is interested in translating Bangla literature…I firmly believe that it is essential for our literature to be recognized worldwide because it has all the potentials that a national literature should have. I also believe that Bangla is not only one of the main languages of the world, it is also one of the best. But, unfortunately, since we could not establish colonies all over the world to make people from other countries dependent on us, nobody cares about our literature!

Do you think marketing, distribution and circulation play an important role in making translated books accessible to foreign readers and publishers?

Definitely. What we need is to reach acclaimed foreign publishers such as Penguin. I believe an initiative like Dhaka Hay will bring about that opportunity.