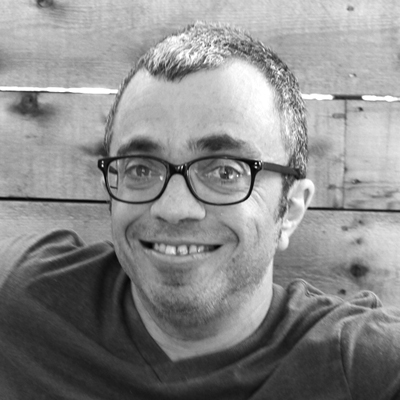 I read a lot of literature in translation, much of it classics, and like a lot of readers (or maybe I’m alone in my neurotic attitude about this), I spend a lot of time worrying over what the “best” translation might be (the question of how to define “best translation”) is probably something else altogether). Earlier this year in the Wall Street Journal, Jeffrey A. Trachtenberg looks at a topic I’ve given a good deal of thought to: just how alike are different translations of foreign classics?

Trachtenberg reports that there are six English language translations of Tolstoy’s 1878 classic Anna Karenina available for sale online, including the acclaimed 2001 version by Richard Pevear and Larissa Volokhonsky (Penguin Classics), which became a huge best-seller when it was selected for Oprah Winfrey’s book club, with more than 1.3 million copies in print to date.

Even so, and despite its success, two new translations are scheduled for publication next year. And, as Trachtenberg points out, it’s not just Tolstoy who reaps the benefits of frequent retranslations. Although there already several versions of Boccaccio’s Decameron available to interested readers, a new translation by Wayne A. Rebhorn will be published this month by W.W. Norton. And new editions of The Iliad and The Odyssey (both of which have seen “definitive” translations by Fagles, Lattimore, Fitzgerald and others) will be published by the end of the year as well. Why so many new editions? According to Trachtenberg: “The long answer is that costs are low — no big author advances are needed — and there is always a chance that a new version will become a hit in colleges, providing an annuity revenue stream.

And the short answer, at least in some cases, is that some translators are out to make names for themselves.”

Case in point: Wayne A. Rebhorn who began translating The Decameron seven years ago after deciding that the translations he had been using in his classroom just weren’t working for him. “I thought I could do better,” he told Trachtenberg.

And another case in point: Rosamund Bartlett, the translator of the new edition that will be published by Oxford University Press (the other, which will be published by Yale University Press, is being translated by Marian Schwartz), is a self-described “perfectionist” who has worked on her translation for seven years, three years longer than it took Tolstoy to actually write the book. (Ms. Bartlett wrote a critically successful biography of Tolstoy during those seven years as well.)

And that perfectionism found its focus in the need to find the exact translation of a word used to describe footwear in a hunting scene in which Anna’s brother, Stepan Arkadych, is dressed in shabby clothing and wearing what Trachtenberg describe as a “summer peasant shoe made from a single piece of leather.”

Constance Garnett, whose classic translation first appeared in 1901, described the shoes as “spats.” Pevear and Volokhonsky described them as “brogues,” which Ms. Bartlett said brought to mind images of “smart shoes with perforations.” So in the end, she described the shoes as “light peasant moccasins.” (For his part Pevear said in an email that “Most disagreements over words ignore the context, which is all important,” adding that while Tolstoy’s original word for the shoes “porshini” “is obsolete in Russian,” and were used to describe “primitive peasant shoes made from rather leather,” and that that is “rather close to the first meaning of brogues in the Oxford English Dictionary: ‘rough shoes of untanned hide.’”

My first question then is this: for the “common reader” reading Anna Karenina for the first time, how much is it going to matter for their overall reading experience if the word is “spats” “brogues” or “light peasant moccasins?” (Although personally, in that case, I’d go with “brogues” if only because “moccasins” brings with it associations of beaded Native American footwear which I seriously doubt is what Tolstoy had in mind when he wrote Anna.)

But for me there’s an even bigger question: with so many translations of classics to choose from, and with even professional translators at odds on how to translate a specific work, how is even an educated reader supposed to choose? Years ago, I was with a friend picking out a copy of Turgenev’s Fathers and Sons to read for their local book club. There were three different editions available, and when we compared the first paragraphs of each: not only were there noticeable differences in each edition, the differences were so noticeable that they subtly changed the very meaning of what we were reading. And that was only the first paragraph!

So for readers, maybe there is such a thing as too many translations. But for some publishers though, as Trachtenberg points, out, “apparently not, because certain classic titles strike some publishers as irresistible. These include Murasaki Shikibu’s 11th-century novel The Tale of Genji, which has been published by Penguin Classics and others.

“Yet Jill Schoolman, publisher of Brooklyn-based Archipelago Books says she is mulling a new one.”

‘There’s always room for another excellent translation,” she says.’

Perhaps. Although not necessarily on my bookshelves.

Dennis Abrams is a contributing editor to Publishing Perspectives and curator of PP’s online book clubs covering the work of Proust — The Cork-lined Room, Dostoevsky — Project D. His most recent online club, “The Play’s the Thing,” covers Shakespeare and is ongoing.