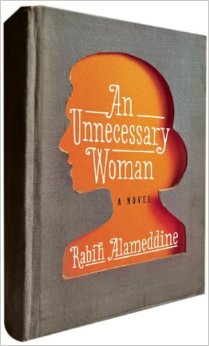 “The pleasure of writing stems from making things real, from creating an entry into a world that isn’t mine,” says Rabih Alameddine, something he achieves by writing as an outsider, both as an Arab writing in English and as a Lebanese writer living in the US.

“I just make this shit up. It’s called fiction,” the novelist said during his appearance at the Hay Festival Xalapa last month.

Like the writer himself, Alameddine’s fiction, which includes the novels The Hakawati (which is Arabic for “storyteller”), I, The Divine and Koolaids, transcends his own language and borders, having garnered success abroad while being censored in his native Lebanon, “not for the sexually explicit content, but for political reasons,” he explained. “The Syrian translator even refused to have his name in print.”

True to his premise that the writer is essentially an outsider, his books have been best received in Spain and Norway and, written in English, were translated into Hebrew before the Arabic translations appeared. His latest novel, An Unnecessary Woman, about a solitary septuagenarian in Beirut who immerses herself in books and translates them for her own pleasure, and which will appear in January 2014, was first published in Spain in 2012 by Lumen (an imprint of Random House Mondadori) as La mujer de papel, and which the novelist Colm Tóibín has described as “a fiercely original act of creation.”

“I’m interested in dislocation,” Alameddine added. “Somebody might be living in one place but doesn’t feel like they belong there. I feel more of an outsider. I deal with Arab issues, which provokes more of a feeling of dislocation than being gay in the United States.”

Born in Amman, Jordan, in 1959, Alameddine lived in Beirut and Kuwait as a child, before moving to England and then the United States, where he now resides.

And yet, despite his own dislocation, it is precisely the culture and landscape from which he is estranged and the characters that populate it that inspire him. “I primarily write about Lebanon because I grew up there. I could write about other places, but I’m not sure it would be as interesting,” he said, while acknowledging his debt to Lebanon’s rich tradition of storytelling.

“In Lebanon the way people tell stories is better, there is an excitement about telling them, and in the way that they are told. The way they tell them is a story in itself. In the US, the same story would be told like a news report. In Lebanon everything is drama. Lebanon is a living soap opera.”

As he writes in his bestselling 2008 novel The Hakawati, “what happens is of little significance compared with the stories we tell ourselves about what happens. Events matter little, only stories of events affect us.”

The novel tells the story of an exiled Lebanese who returns to Beirut to nurse his dying father, echoing an episode in Alameddine’s own life and prompting the question of whether his work is autobiographical, and the answer that “every book is about the author, just like every life is a work of art.”

Koolaids (1998), nominated for the Lambda Literary Award for Gay Men’s Fiction, deals with the AIDS epidemic and the civil war in Lebanon, while 2001’s I, The Divine, an imagined memoir ‘in first chapters’ by a feisty woman living in self-imposed exile in the US, has been hailed as a rare example of a male writer capturing a woman’s voice, a feat he again pulls off in his latest novel.

“When people ask me, ‘how can you write as a woman?’ I say because I wear heels a lot. I’m attracted to writing female characters because they are more complex. Women are more complex, they can deal with more issues at once,” he said, citing a study of people’s reactions to advertising which revealed that women’s brains can process multiple items of information, whereas men walk away having only absorbed one piece of information from the same ad.

“And it’s the same with cats. I have heard that male cats are only ever a combination of a maximum of two colors, whereas female cats can be multi-colored, which is an excellent metaphor,” he said.

His attraction toward creating characters from the ‘non-dominant culture’ also stems from his childhood and teenage years, when “I hated Arabic music and I just wanted to listen to David Bowie,” and it was his sole desire to create his own world by telling stories. “I’m not the most sane person in the universe,” he said

“For me, there was never a real world, like Beirut, and a fantasy world. For me it was all fantasy. I have problems separating the imaginary world from the real world. But I’ve managed to make a career out of it.”

But the art of storytelling requires that the storyteller define their goal. “What is a story? A story is problem resolution; a story is answering questions. We get to know each other through the stories we tell. Religions are based on storytelling, for example, but each from a different point of view. Moses was the magician, Jesus was the medicine man, and Mohammed was the poet.”

The story depends on who tells it, and if the storyteller is estranged or has the advantage of a different perspective, so much the better. “Honest and decent people tend to be boring,” he said.

As he writes in I, The Divine, “by remaining constrained in one’s environment or country or family, one has little chance of being anything other than the original prescription. By leaving, one gains a perspective, a distance of both space and time, which is essential for writing about family or home.”