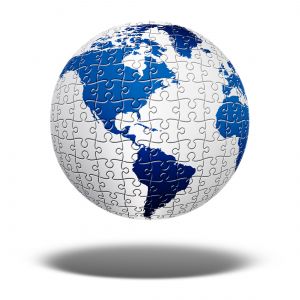 In the continuation of our regular series, global rights platform IPR License looks at what’s happening in a number of key publishing territories around the world.

Reintje Gianotten, former editor, publisher and now lecturer in publishing at the University of Applied Sciences in Amsterdam details the evolving Dutch marketplace and the rise of agents.

The Dutch market has always been important for foreign rights managers and agents. Almost 70% of titles are published in translation. There are only 20 million people whose mother-tongue is the Dutch language, but agents are still eager to sell to this market. The Dutch publishers are keen to find titles fast and publish them early, sometimes even before the original English or American edition, because lots of readers can and will choose the original English language book. English and American publishers even bring early export editions to these competitive Dutch and Scandinavian markets. Primary agenting has only happened in the Netherlands for about ten years. Editors used to be the people to find new talent for the literary publishers, as traditionally they were the only gatekeepers. But times are changing. Publishers and editors are switching houses more easily, so authors don’t feel as loyal to their publishing houses as before. They feel better being represented by agents.

For example Paul Sebes joined Caroline van Gelderen 15 years ago with his agency for Dutch authors. Sebes & Van Gelderen have an impressive list of authors and are doing hundreds of deals. Marianne Schönbach has in a relatively short time built up an impressive list of Dutch authors and is also doing great. Linda Kohn, who took over the International Literatuur Bureau from her father Hein Kohn, mainly focuses on the German market. These three agencies serve the whole spectrum of the Dutch market with their international clients, so that sub-agenting can still be described as their main business.

And there are new ones: Lolies van Grunsven, a former editor, has her primary agency, while Monique Oosterhof represents only foreign publishers and agents. Finally, Remco Volkers has recently made a venture into representing Dutch authors.

Also working in the Dutch market are agents who combine the role of primary agent and sub-agent. In the past there were only a handful of sub-agents in Holland; they had a good knowledge of what could be sold and did their job well. But things have changed here as well. One of the reasons is that sub-agenting is under pressure: the market for books is relatively weak at the moment, and even worse for literary titles from the English and American market. Dutch authors feel the need for stronger business representation, while Dutch publishers appreciate the selection agents make for them.

That said, rights managers and agents are finding more and more success abroad. To take one, obvious example, The Dinner by Herman Koch has been a million-plus copy bestseller throughout European and even proved popular in the United States when it was published in translation earlier this year, with film rights being snapped up by Hollywood.

How’s that for a change?

Compiled with the kind help of Lester George Hekking.

Louisa Pritchard, Chief Executive at Louisa Pritchard Associates, looks at the Spanish book market and how it has been impacted by recent economic troubles.

The Spanish book market has been severely affected by the country’s economic difficulties. Publishers are thinking more carefully than ever about exactly what they acquire, since in order to justify the cost of translation it needs to really stand out from the work of local authors. They’re backing this up by experimenting with formats and price points to offer better value for money.  For example, Random House Mondadori established their RANDOM imprint earlier this year, offering hardcover titles by top international writers, including Stephen King and Victoria Hislop, for only €11.95.

The ebook market has started to gain momentum. In 2010, ebook sales accounted for only 1% of total book sales, but the latest figures suggest this has now grown to 5%. Publishers are also starting to make increasing use of digital-first and ebook-only imprints, particularly in genres like crime, romance and fantasy.

Science fiction and fantasy has been one of the few notable growth areas, with new imprints springing up in response. RBA successfully entered the market in 2012, while Plaza y Janes has recently established Fantascy, a dedicated imprint for their genre fiction.