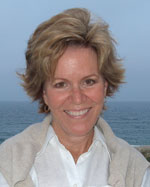 My friend Barbara Park, described by the AP as “a former class clown who channeled her irreverence into the million-selling mishaps of grade schooler Junie B. Jones,” died on Friday after a long battle with ovarian cancer. She was just sixty-six years old.

Barbara was the author of more than 30 illustrated chapter books about Junie B. Jones, the “smart-mouthed girl with an ungrammatical opinion of everybody — her parents, her teachers, her friends and her classmate and enemy for life, May, who is so mean she won’t even acknowledge Junie’s middle initial (which stands for Beatrice: ‘Only I don’t like Beatrice. I just like B and that’s all,’)” as Junie flatly stated.

Junie B. was undoubtedly Barbara’s most famous creation; one whose character, mindset and voice she had no difficulty tapping into. As she often said in interviews, “I don’t have a problem being six years old in my head.” But despite Junie’s popularity (more than 55 million copies sold in North America alone according to Random House), she was not without her critics. Parents and not a few educators have objected to Junie’s grammatical errors and to her often poor behavior. But as Barbara often pointed out, “Junie B. Jones is not a role model. She’s pretend.”

But as much I love Junie B., my favorite book by Barbara (it was hers as well), and one that deserves to be read and reread is Mick Harte Was Here, which explores the way in which the death of a younger brother affects an entire family.

Just let me say right off the bat, it was a bike accident.

It was about as “accidental” as you can get, too.

Like Mick wasn’t driving crazy. Or dodging in and out of traffic. And both of his hands were on the handlebars and all like that.

His tire just hit a rock. And he skidded into the back of a passing truck. And that was that. There wasn’t a scratch on him. it was a head injury. Period.

So this isn’t the kind of book where you meet the main character and you get to like him real well and then he dies at the end. I hate those kind of books. And besides, I can’t think of anything worse than using my brother’s accident as the tear-jerking climax to some tragic story.

I didn’t want to make you cry.

I just want to tell you about Mick.

But I thought you should know right up front that he’s not here anymore.

I just thought that would be fair.

Or, as Phoebe says later:

I think that’s when it first hit me that we were in way over our heads on this one. This was one of those tragedies that needed a family that knew what it was doing. Like the Kennedys or the Queen of England and her whole bunch.

It is, I think, a true YA classic, and one that needs to be rediscovered.

But Barbara was more than just an extraordinarily gifted children’s book writer; she was also one of the kindest and most giving people I’ve ever known. In 2005, I was hired by Chelsea House to write my very first book — a biography of Barbara for their “Who Wrote That?” YA series.

Barbara had always been a very low-profile celebrity, and there was virtually no information available about her anywhere, so unless she was willing and able to take the time to work with me, I knew my writing career was going to be over before it began. Fortunately, she took pity on me, as she wrote to my editor after the book was completed:

To be honest, this was not a project I was looking forward to on any level. But when my publicist told me it was coming, I figured that—with virtually no information about me out there at all—it would be in all of our best interests if I could, at least, fill in a few blanks for the poor guy who had to tackle this.

“Fill in a few blanks” is an understatement. Barbara was beyond generous with her time: I’ve kept our correspondence, and I count close to 100 emails from her over a four month period, answering questions, clarifying, talking about her books and writing process, providing me everything I needed (and more) to get the book done, a kindness for which I will always be grateful.

We remained friends, and I dare say good friends, long after the work on her biography was done. We exchanged emails, news both personal and professional. She talked about her fears about her cancer and her love for her family. We had lunch when she was in Houston to give a talk. I named my dog Junie B. as a tribute to her and her friendship.

I’m going to miss her. But as Phoebe says at the end of Mick Harte Was Here:

But for twelve years and five months, my brother was one of the neatest kids you’d ever want to meet.

And I just wanted to tell you about him, that’s all.

I just thought you ought to know.