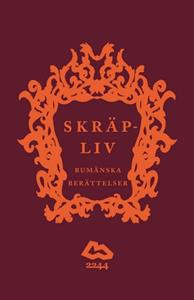 Romanian literature is having a moment. As the featured country at this year’s Göteborg Book Fair, Nobel-prize contenders Norman Manea and Mircea Cartarescu along with fifteen other writers participated in a program consisting of over fifty events that took place from September 26-29 at Svenska Mässan. The Swedish national press dedicated significant daily space to the Göteborg book fair and to Romania, especially to Cartarescu. But how we perceive Romanian literature and how it is perceived by Romanians varies.

In one feature that tried to give an overview using Herta Müller and Cartarescu as touchstones, Gothenburg Post journalist Sinziana Ravini had a curious encounter with the head of the Romanian Cultural Institute in Paris. He described a boycott by Romanian authors as a ‘fart in Romania’s history.’ He dismissed the supposed greatness of Cartarescu with the statement that writers don’t want to represent their countries, only themselves. After she asks him to name a few authors worthy of the epithet ‘great’ he recommends three books that she can’t then find at the cultural institute’s library.

Bonnier’s 2244 imprint produced an anthology of new Romanian literature in translation for the Göteborg Book Fair.

It begins to sound like what author Daniela Casnaru describes as a hallmark of Romanian literature: funny and absurd. Although in a panel discussion on what is unique about Romanian literature on the first day of the book fair, it took Cartarescu, Manea, Casnaru, Marius Chivu and Gabriela Adamesteanu a while to begin to give their opinions on the topic. Manea, carefully, slowly explained how writing and writers cannot be generalized, following a similar answer by Chivu. Ultimately, Manea offered the meeting of eastern and Latin cultures in Romania, the influence of France, German philosophy and the “transcendental part of the Romanian soul” as things that characterize the literature. Cartarescu said that is is unique because “Being a marginal language is unique,” “it is a folkloric literature” but ultimately it is a “normal European literature. The normal literary life.” “It would be incompletely understood if we try to unify it,” he says. Listening to the panel, the authors quoting poetry, giving winding answers, it was clear what stood out: they spoke as if they were both pushing away the question and inviting it in. They were cautious with their opinions, but in their caution were insightful, pensive, and they conveyed a sense of a simmering avant garde.

When Publishing Perspectives asked Daniela Crasnaru about the rise of Romanian literature she remarked that Romanian literary life is perhaps now more about the author’s own values. Under communism, solidarity was necessary and that sense of solidarity in her generation is preserved. Then, it took courage to write. Now, you don’t have the excuse that you can’t write. As was noted in the panel on the 26th, the ones who left to write generally were ones who made it on the world literary stage. The writers visiting Gothenburg noted that they still see each other more often in overseas than they do at home.

Reaching Out to a Global Audience

In the past years, meetings of emerging and eminent Romanian authors have frequently happened during market focuses at book fairs. Romania has been the country in focus at the book fairs in Paris (2013), Turin (2012) and Madrid (2011). In 2008, there was a minor focus on Romania at Göteborg, after which they Institute noted an increase in translations in Sweden. The Romanian Cultural Institute in Stockholm has since initiated a series of poetry salons, bringing together Romanian and Swedish writers. In 2008 it also started a Swedish-Romanian poetry translation workshop and the Marin Sorescu literary prize, awarded every year to a Swedish writer whose contribution transcends territorial and cultural borders.

Not forgetting the impact that Romanian-German author Herta Müller’s 2009 Nobel Prize had in drawing attention to the country’s literature, the sustained support of the cultural institute, Romania’s presence at these fairs and at Gothenburg for the seven years the Institute has been in Stockholm has led to an increase in the number of books by Romanian authors being translated worldwide. At Göteborg this year, Romania, as represented by their cultural institute in Stockholm, had a prominent exhibition space with a book shop of classic and contemporary Romanian literature and poetry in English, Swedish and other languages curated and sold by Spättan’s Antikvariat, a local Gothenburg bookshop.

Of the attention Romanian literature has been getting, Dan Shafran, Director of the  Romanian Cultural Institute of Stockholm says “We see this status as an honor and an acknowledgement of the strength of our literature, but also as an acknowledgement of the efforts of the Romanian Cultural Institute of Stockholm to make its country’s literature known to a Swedish public. We believe culture to be Romania’s big chance to conquer the  world, with literature playing a major role in the process.” It is worth mentioning that Mr Shafran is a man of letters himself who has translated Norman Manea into Swedish.

Those who can read in Swedish can sample what is unique about Romanian literature themselves in Skräpliv: Rumänska Berättelser, a collection of short stories from eleven living Romanian writers spanning several generations. The stories explore memory, people reunited after years apart, the way the past seeps into the future, the legacy of communism, guilt and more. The collection is published by 2244, a publishing house launched by the Bonnier Media Group in 2011 specializing in literatures hailing from the Black Sea area. Many of the writers in the collection have not yet been translated into Swedish.