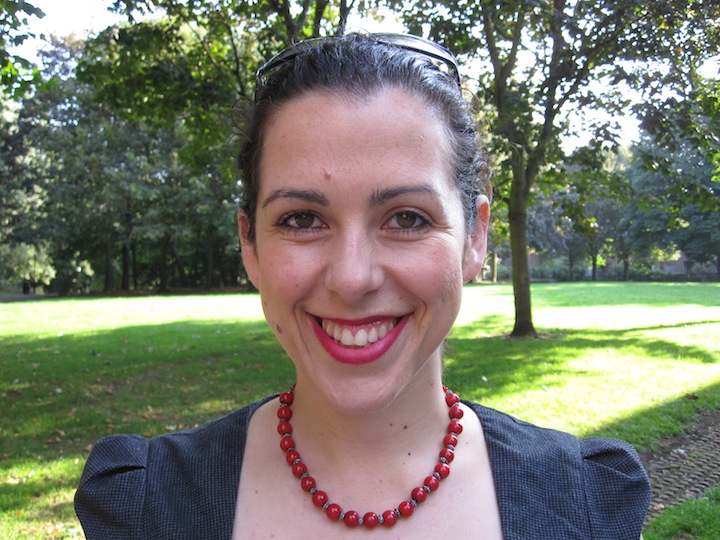 In the last few years publishers and tech firms have grappled with the potential of interactive digital publishing, and much hot air has been generated about apps and tablets at book fairs and conferences around the world. And yet most digital books are still just screeds of text on a screen. The truth is that single-book apps are expensive and in many cases perhaps provide readers with much more functionality than they need, often not giving publishers a quick enough return on investment. That is the argument of Laura Austin, marketing manager at British multi-platform publisher YUDU, which last month announced its partnership with Chapter Media to produce a series of iBook adaptations of the popular British children’s television program “Iconicles.” YUDU will publish four iBooks which include read-aloud audio and interactive games, puzzles and mazes. “Yes, there is more traffic in the app store than in the iBookstore,” says Austin, “But we can create iBooks for a fraction of the cost of a single-book app and iBooks in Apple’s iBookstore. The key to a successful book in the iBookstore is promotion—that’s promoting offline, online, within the ibookstore itself and using a recognized brand with a pre-existing audience.”

Iconicles is broadcast on the Cbeebies channel in the UK and on ABC in Australia as well as in some Latin American markets. The show features a range of animated animal characters and a live-action host named “Nat” who work together to explore and learn. The first iBook in the series, Mungo’s Tummy Trouble is scheduled for imminent release, while the others will follow shortly afterwards. This is YUDU’s second big iBook Author project; the firm previously collaborated with HarperCollins to produce six Hobbit titles to tie in with the 2012 movie adaptation.

“Our team has had a lot of training in the platform,” Austin says. “I don’t believe there’s anyone out there who has taken as much time to look at all the functionalities and features of the software as our team!”

According to Austin, Iconicles is an ideal project for an iBooks adaptation because the show is a recognized brand and features an array of content types including two-dimensional cartoon and interactive elements, all of which work well in the platform. The interactive elements include pop out features, mazes and games that break up the story. The iBooks will also feature live video content from the television show. Even so, Austin stresses that unlike some apps, the product will remain fundamentally a book, offering children a rich reading experience:

“It is a tricky question: how do you strike that balance between interactive elements and book? We worked with an educational consultant to make sure that we stay focused on aims, and that the values of storyline are still followed in spite of the games and pop-ups.”

Each book is based on an episode of the TV series, but one which has been carefully selected as most suited to the iBook format. According to YUDU CEO Richard Stephenson:

“The core challenge for our creative team was to take existing content in TV cartoon format and adapt it to function well on a tablet device. The key to success is down to our decision to assemble a blended multidiscipline team with experiences in children’s book publishing, graphic design, programming, gaming and creative iBA skills. Guidance from the educational consultant who reviewed the product at various stages throughout and the valuable insights gained from trialing the iBook on children were also key factors.”

YUDU currently has several other iBooks projects in development. Apple is keen to promote the platform, says Austin: “They’re really pushing it—they’ve spent two years and millions of dollars developing the software. Although strategically they are using this as a vehicle to drive more tablet sales in schools, this is still being positioned as the future of reading on their tablets—and an increasing number of single-book apps are rejected by Apple, so the investment risk is far greater than in an iBook.”