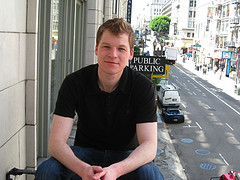 Scribd, the digital distribution, document storage and book discovery platform, has announced the launch of its eBook subscription service, which will give users access to an unlimited amount of books for $8.99, including a free one month trial. In addition, the company boasts that “the majority” of HarperCollins’ backlist is among the available titles.

Harper’s CEO Brian Murray told Publishers Lunch that the company had contributed “far more [titles] than the other two subscription deals that we did, which were about a couple of thousand titles.”

Publishers Lunch points out that unlike other ebook subscriptions services that have recently come on the market, Scribd enters the subscription arena with a strong user base and a reputation for credibility as a platform for digital reading. “It’s a very different, higher profile partnership because of the size of their user base,” Murray said, along with their “global footprint” and comprehensive digital platform.” Murray also acknowledged that “we have better terms from Scribd that we have from traditional eBook retailers.”

Along with the large number of Harper backlist (books published through summer 2012) available by subscription, Scribd will also sell the entire Harper catalog as individual ebooks, at terms highly favorable to Harper. Murray told Publishers Lunch, “We have negotiated very hard, to the point where if the whole business went this way, we and our authors would be pleased, because the economics are more favorable,” pointing out that it’s “the exact opposite of the music industry’s subscription models. The revenues that go to our authors is up, somewhat significantly.”

Scribd’s Adler told PublishersLunch that the payments were “very similar to the current retail” environment, and that the company pays publishers monthly for all subscriber “reads.” A company spokesperson added that, “Obviously we had to address business model head on with every single publisher we spoke to and signed up. In our model, every publisher has the potential to make as much money or more when their books are being read on Scribd vs. purchased through traditional retailers. (The free trial is at Scribd’s expense — publishers get paid for the books read by trial subscribers.)

And making publishers happy is a major goal for Scribd. Adler told Laura Hazard Owen at gigaom.com that “We want to be one of the most publisher-friendly companies out there. It’s core to our strategy to build this for publishers just as much as readers…and at the end of the day, having the Big 5’s support is crucial.” Adler told Owen that book subscription revenue and subscriber numbers had grown by 60% every month since the beginning of the year.

Why is that? According to Owen, both Adler and HarperCollins’ chief digital officer, Chantal Restivo-Alessi offered the same reasons: “Oyster is still in beta, while Scribd is a six-year old company. Scribd has apps for web, IOS, Android and Kindle Fire, and books sync across platforms, while Oyster is available on iPhone for now.” And of course there’s Scribd’s established user base of 80 million unique monthly visitors.

“Oyster is a startup,” Restivo-Alessi told Owen. “That doesn’t mean it’s not a good proposition, but it’s limited…We think [Scribd] already has reach, and the hardest thing is building audiences at scale.”

In a press release, Brian Murray said, “With 80 million active users, the Scribd platform is reaching a vast global audience of readers. HarperCollins is excited to reach an innovative partnership with Scribd that monetizes its audience through traditional retail and a subscription offer for our backlist titles,” “HarperCollins authors will benefit from extended reach, increased discovery, and improved royalty streams.”