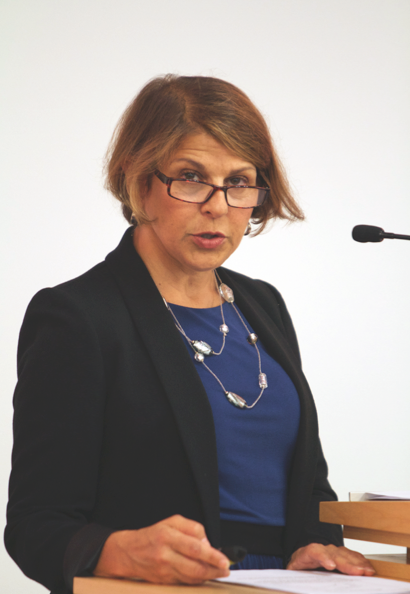 In the opening of yesterday’s International Rights Directors Meeting, held on the eve of the fair, the Frankfurt Book Fair’s Bärbel Becker sounded a note of caution by revealing the number of rights deals conducted by German publishers had fallen by 14% between 2011 and 2012. It was a figure, she said, balanced by the record number of books—270—published in Germany so far from this year’s Guest of Honor Brazil.

In light of this possibly alarming news, a trio of publishers shared their approaches to developing new revenue streams.

Rita Bollig, Head of Bastei Entertainment at Germany’s Bastei Lubbe reminded delegates that “you can’t tell the customer what to want” before describing the company’s experiences with two ebook subscription services, Skoobe and Onleihne.
While both services allow partial use of books for a fee significantly lower than full retail price, Bollig cited figures from Onleihne that suggested that readers spent 43% more time reading if they could borrow an ebook, rather than buy it. She emphasised the importance of having lending rights clauses in contracts to take advantage of this emergent market.

Korea’s Woongjin Thinkbig—a company with 20,000 employees and $640 million in revenue—already has 1,000 ebook titles in circulation, according to Yolanda Kim, who highlighted two of the company’s successful new digital ventures.
Its ‘English Re-start’ language series had started life as a printed book series, but its adaptation into an Android app had seen 350,000 downloads from the Google Play online store. Another innovative product, Story Beam—a mini projector that allowed children to project 100 classic fairy tales onto their bedroom walls—had so far sold 100,000 units.

Finally, John Wiley and Sons’ Director of Sales Development Lisa Nachtigall gave dramatic evidence of the US company’s move away from print products towards “e-transitional” products, and “dynamic content.” Print sales, currently around 55% of the company’s revenue, is predicted to be under 20% by the end of 2017.

“The real transformation is in how we deliver content,” she remarked. “Hashing out what’s a sale and what’s a license is starting to feel like an artificial distinction.”