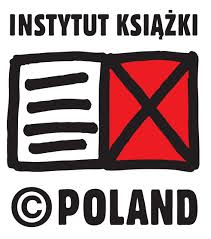 Poland’s epublishing industry players are expecting ebook sales to expand at a fast pace over the forthcoming years. Meanwhile, as the country’s fragmented ebook market is becoming increasingly competitive, ebooksellers are looking for new strategies to boost their sales.

Market forecasts are fueling optimism among local players. Between 2011 and 2016, Poland’s ebook sales are expected to increase more than tenfold, from US$10 million to US$106 million. This year, the Polish ebook market is estimated to be worth about US$37 million, according to figures released by consulting firm PwC. In comparison, in 2012, the Polish publishing market was estimated to be worth some PLN 2.67 billion (US$805 million), according to data from publishing industry research firm Biblioteka Analiz (Analysis Library). Figures published by state-run Instytut Ksiązki (Book Institute) indicate that Poles have, to date, purchased about 100,000 ereaders. Amazon’s Kindle, with a market share of about 50%, is the most popular device in Poland, followed by devices sold by Onyx, Pocketbook and iRiver. As a result, ebooks in the MOBI format are increasingly dominating those released in EPUB and other less popular formats. This is despite the fact that Amazon has yet to launch a Polish-language Kindle store.

The available market data shows that customers of Polish ebookstores prefer ereaders over other devices. An opinion poll conducted by local ebookseller Virtualo.pl in early 2013 showed that 55% of the polled owned a Kindle, 28% used other ereaders, a further 23% and 20% read ebooks on tablets and laptops respectively, while 14% of the polled accessed ebooks on smartphones.

Market on the Rise, No DRM

Robert Rybski, chief executive of Virtualo.pl, agrees that the Polish ebook market has entered a phase of rapid development.

“For the last three years, we have been witnessing a major hike in revenues generated in the fourth quarter of each year, and then another hike on the turn of April and May,” Rybski said. “Summer marks the sales period, as is the case in the traditional book market, which facilitates the popularization of ebooks.”

An analysis by Anna Zygierewicz, published by the Biuro Analiz Sejmowych, the Polish parliament’s analytical unit, points to another important market trend. In 2012, most local publishers gave up on securing their ebooks with digital rights management (DRM), and instead opted for digital watermarks. Owing to this, Poland’s ebookstores are now far less dependent on DRM than their counterparts in countries like Germany or France, where DRM still dominates the market, Zygierewicz said.

“Since December 2011, when we introduced some of the key modifications into our product range, such as protecting our digital content with watermarks and offering ebooks in the MOBI format, we have seen a three-digit increase in sales every year,” Rybski said.

The analysis by Zygierowicz also forecasts that, should the rapid growth pace of the Polish ebook market be preserved, in five to ten years ebooks will most likely take the lead over Poland’s publishing market.

Currently, print books are levied with a 5% VAT in Poland, while ebooks carry a higher 23% VAT rate. However, the Polish government says it is favoring a lower tax rate on ebooks in a bid to stimulate innovation.

In April 2013, Poland’s Council of Ministers adopted a policy document which said that ebooks should be levied a 5% VAT. Moreover, the country’s Minister of Administration and Digitization Michał Boni announced that Warsaw would try to lobby the European Commission in favor of lowering the ebook VAT rate. Two months earlier, the EU’s executive body referred two European Union member states, France and Luxembourg, to the European Court of Justice following the countries’ decision to unilaterally cut their ebook VAT rates to 5.5% and 3% respectively.

As competition intensifies in Poland, many companies are experimenting with various sales models. Libenter.pl is offering access to all of its ebooks solely in an annual subscription model. Also Legimi.com is offering a paid subscription which grants access to more than 2,000 ebooks available on smartphones and tablets, with prices starting at PLN9.90 (US$3.07).

Another local industry player, Publio.pl, has launched Minibooks, an exclusive series of ebooks by renowned Polish journalists and authors, which has been compared by some to Kindle Singles. One of the first Polish ebookstores, Złote Myśli (Golden Thoughts), was launched in 2004 and specializes in self-help, motivational and business literature.