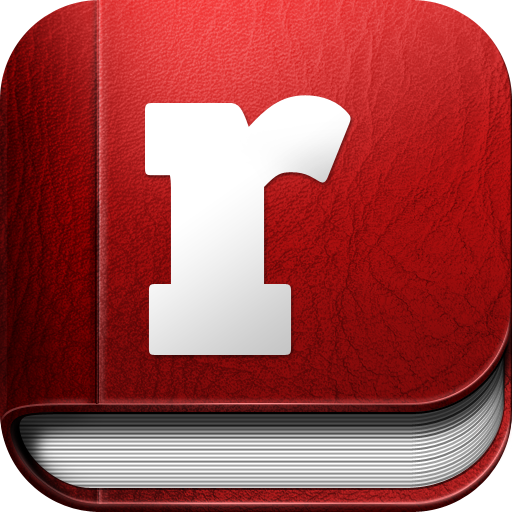 He used to be able to say “I’m with the band;” now he says “I’m with the publisher.” In another life Penguin’s Digital Development Director Nathan Hull was a tour manager for the Australian rock band INXS. He went on five world tours with them during the Nineties, a pretty exciting time, needless to say even if meant, as he puts it, “not always seeing that much, hotel to arena to hotel — you’re kind of living in a bubble, sometimes not even handling local currency”.

He’s still traveling widely now — only this time he’s often the one on stage, speaking to groups of digital entrepreneurs and developers as he seeks new ideas, potential partners for the publisher as it explores the constantly evolving digital space.

“A lot of publishers do Dragon’s Den-style affairs [the very successful UK business show in which would-be entrepreneurs present their business ideas to a panel of experts] and beauty parades and let people come to them. But that’s kind of one-way traffic. While we do a bit of that too, we’re also actively going out and engaging with start-up centers, innovation hubs, incubation labs, not just in London and not just on the West Coast of the States because I’m finding in those places largely the same stuff is coming through all the time.”

What has really impressed Hull is the level of innovation and “boundary thinking” that is happening in unexpected places, perhaps driven by the necessity of those markets.

“I’ve been all over the Eastern Bloc, from Moscow through Estonia, Latvia, Lithuania, Macedonia, Belarus…There’s all sorts of amazing stuff coming out of those places. In Moscow my jaw was on the table half the time with what these guys were coming out with. It’s incredible. The toughest part then — as a traditional publisher — is working out how you then actually get that into motion in your business.”

Hull’s enthusiasm is infectious. He is both excited to tell other countries just how many areas Penguin is now involved in (apps, games, figurines, Penguin TV), but equally he loves stumbling across a developer who has the most fantastic digital innovation that would turn heads at any Google Innovation Lab, but who is completely unknown. To use a music analogy, it’s rather like someone discovering the back-street guitarist who plays in an entirely new way, who marches to the sound of a different drum.

“In Nairobi, there’s just incredible innovation happening because their challenges are so completely different. They’ve got tech hubs there that are solving all kinds of problems that are relevant to their market. So I’m looking at it and seeing what’s relevant to the African market and what could be useful for Penguin working there. But also I’m working out what’s useful if I bring it back for the UK market, and what can then be exploitable somewhere else. There are things happening in the Middle East too, Jordan, Lebanon — Israel is an absolute hotbed of talent, Cambodia has got the most amazing bank of coders.” FastR, a Latvian app developer, is just one of Hull’s digital discoveries.

It’s hard to stop him. In Frankfurt Hull spoke at CONTEC on “Publishing Partnerships,” on how companies like Penguin approach working with start-ups and tech companies. One such is FastR from Latvia whom he invited to the Fair, having been knocked out by what he saw when he visited. “They have a speed reading application which starts to dictate how quickly you read something. It just serves you an amount of words. It sounds bizarre until you see it, because what it actually does – and I don’t know how it works — is it makes your head read faster. It’s very early yet, but we’re working with them. They see that it has a lot of potential for the student market — students have to read a lot of books.

He begins a lot of business relationships via Skype and then follows it up in person. He says he’s happy when he meets someone with a belief in their product “who isn’t arrogant and proclaiming ‘this is what publishers need,’ but who is happy to have the input of publishers so that they can work in partnership. With FastR, it’s almost about creating the roadmap with them of where they’re going.”

There is innovation coming out of the traditional places too, of course, but from truly one-man bands. “In San Francisco, this guy came up to me — this is just one guy, not some company that’s been angel invested in — and he was rambling away with this idea. You sound really clever, I said. But I was jet-lagged. I asked him if he had anything to show me. He said, no, it’s just an idea, so I said to him: ‘Get a big bit of paper, come and meet me at my hotel in the morning and draw it,’ which is what he did and I was like, I want to work with you, because he had something different to everyone else.”

That something else was an algorithmic tool that doesn’t just cross reference nouns and people and places between two books on a Kindle, but can cross-reference philosophies and concepts too.

Away from this heady world, the former Head of Digital Strategy for Universal Music admits to being a failed guitarist – “Everyone in the music business is — that’s how I became a ‘guitar tech’ with bands at the start.” He joined Penguin in 2010 and reads non-fiction for education, fiction for escape. “I loved Eric Schmidt’s The New Digital Age, particularly because he talks about innovation coming from different parts of the world, which is where I’m at the moment.  And with fiction, I’m reading Andrei Kurkov’s The Gardener from Ochakov.

Does he find the book world as exciting as the music world? “Music always has that sense of sexiness. Everyone wanted to work with it. It’s that cult of celebrity thing.  I’m not saying some authors aren’t celebrities, but musicians are performers, so they’re just far more visible.

“But what’s interesting is people looking at book publishers as content owners or representatives. They’re looking at them in a completely different light now. The challenge is that the content has to be more exciting. On the face of it people think there’s less they can do with written word. But actually I think there are a million and one things you can do. The challenge then comes for publishers to open their eyes to understand that. And I think that is super exciting.”