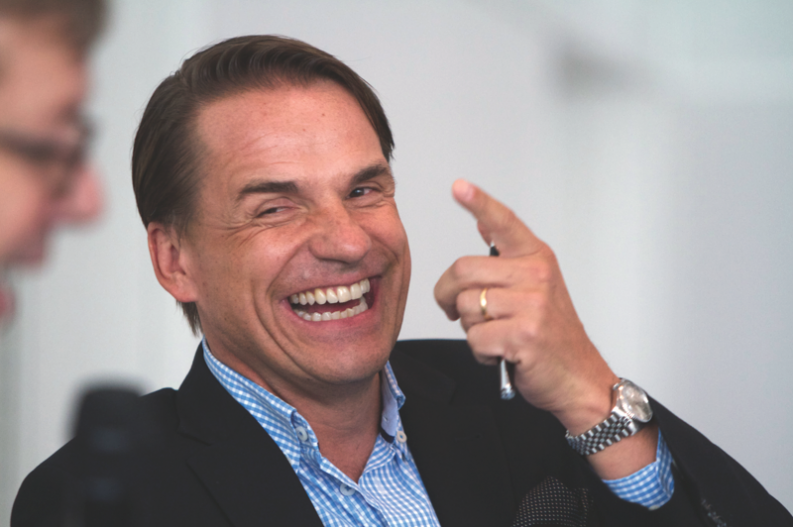 Penguin Random House CEO Markus Dohle could give Amazon’s Jeff Bezos a few lessons on how to put the publishing industry at ease. The executive sat for an hour-long session in which he was subjected to interrogation from five leading trade publishing journalists and batted back several probing questions with a mixture of wit, humor, platitudes and pithy sound bites.

“Sorry, media,” he said at one point about the lack of dramatic news coming out of the merger, adding “we wanted to make this the most boring merger in the history of corporate mergers.”

Overall Dohle sees the merger of the two “golden brands” in English-language book publishing as something of a “reunion, since so many people have worked at both companies.”

Instead of a mashing together of companies, he noted that since both firms were themselves the result of years of acquisitions of small and medium-sized publishers by both firms, the merged company has the DNA of “250 small publishers.”
And creatives—be they authors or editors—are more than likely happy to think of it that way. “I don’t know a single creative who likes big,” he said.

That said, it’s undeniable that the company remains a force on the global stage, publishing some 40% of the world’s commercial book titles in English. He noted that PRH now operates in 100 countries around the world and the company’s distribution infrastructure now means when a customer buys a book, “on the physical side it is only one or two days away and on the digital side it is one click away.” Next up: Spanish, as Dohle sees great potential in the company’s position to sell to the 500 million Spanish speakers in the world. But don’t expect sweeping changes in the way Penguin Random House does business. “My motto has always been ‘quality over speed’,” said Dohle. What’s more, the company isn’t abandoning print at all. “Our print business will always be important, not for 50 years, but forever,” said the former head of Bertelsmann’s printing division, “here at Frankfurt, 80% is print, 20% digital, but the buzz at the book fair is 95% digital, 5% print.”

As for Jeff Bezos, whose retail market dominance in America is largely credited with prompting the need for a Penguin Random House merger in the first place, he was pragmatic. Without naming them directly, he said, “I’ve always said it is about cooperation, not confrontation. They need our content, we need their access to readers.”