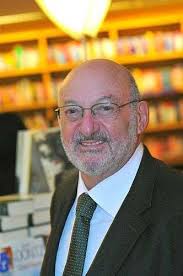 Pedro Herz, CEO of Brazil’s biggest book chain, Livraria Cultura, was on the Publishing Perspectives stage at the Frankfurt Book Fair earlier this month to discuss what makes bookselling work.

The key to making bookselling work said Herz, was to keep customers in the shops. Herz sells not only books but also CDs, DVDs, newspapers, and electronics and runs events in theaters and auditoriums; moreover most of his shops have cafés. What started out a small lending library run by his mother in 1947 has evolved into 19 bookstores, including a 4300 square meter flagship store in São Paulo. Herz recounted how initially the business began to grow horizontally, which didn’t work. He began again, growing vertically — “If you have a healthy infrastructure and backbone then you can grow”—and opened a bookshop in a mall, a first for Brazil and the beginning of a trend.

Books remain 65-75% of his business but his customers can follow debates in auditoriums, go to the theatre, attend cooking demonstrations, and have a coffee with a sandwich for sustenance.

Herz’s company also sells books via the Internet, which represents 22% of his business. Books will remain important in Brazil, said Herz, “…it is such a young country, there’s a lot to learn with books and it’s the cheapest available way to learn. At the moment we have some problems with our educational system but one day that will be solved.”

Herz believes in investing in the young reader. “Parents are an essential part of this. We invite parents and kids to the store; kids have their own mileage program. One must have an attractive and big children’s section in a bookstore.”