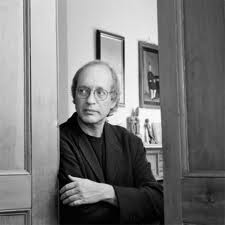 XALAPA, MEXICO: “The worst thing about being a writer is that other people write about you,” the author Eliot Weinberger admitted during a roundtable debate on the definition of the perfect critic at the Hay Festival Xalapa earlier this month.

“But luckily, in the United States at least, nobody reviews the kind of books I write,” the US critic and translator added, highlighting the tendency of literary criticism to distance itself from literature, and therefore from those it is designed to serve: the reader.

Debating the definition of the literary critic, and the role of the writer as reader and vice versa, Weinberger was joined by Spanish novelists Rafael Chirbes and Juan Francisco Ferré, in a debate moderated by Valerie Miles.

Literary criticism is as old as reading, as an exchange of opinions between readers, but the critic as a theorist who incubates ideas and theories from within the confines of academia risks separating themselves from literature, while both the critic and the reader who act as critics who review mainstream works are primarily serving the market.

The writers agreed that their task, as critics, is to contextualize a work and define its significance within that context, and therefore provide a service to the reader.

While Chirbes pointed out that, “somebody who writes for a living is therefore deemed, by default, to be a good critic,” Ferré said he writes criticism as a reader, and not as a writer: “A real critic is a reader, someone who enters into a work to the extent that they dominate it, and derive pleasure from it, and not simply as an expert in objects they adore, or as an impostor.”

“As a critic, a writer’s job is to put things in order, to say what the writer did not say,” he said, adding that a critic should also be well versed in issues concerning the wider world, and not just an expert in literature.

The three writers acknowledged, however, that a writer’s innate suitability to the role of critic is an occupational hazard, with Weinberger quoting W.H. Auden’s opinion that “reviewing bad books is not only a waste of one’s time, but also dangerous for one’s character.”

“My character’s never been the same since I was asked to review Decision Points, the autobiography of George W. Bush, for the London Review of Books,” Weinberger said, referring to the fact that the book, ghostwritten by an anonymous team, “fits into French theory about the death of the novel and Bush as a postmodernist,” Weinberger said.

“But I disagree with Auden that it’s a waste of time. Sometimes it’s a lot of fun,” he said. And particularly when reviewing a bad book.

And while there is a proliferation of readers reviewing books, encouraged by tools such as Amazon’s reader review facility, this can result in a system of classification that lacks any credibility or criteria. But the market is not interested in serious criticism, Ferré said.

“We are increasingly seeing criticism as publicity, made up of empty praise and comparison, claiming that ‘x’ writer is the new ‘y,’ and which is creating a gap between the market and serious literature,” he said. Meanwhile, Weinberger pointed to the increasing isolation of serious criticism behind the walls of academia and away from those whom it should be serving most: the readers.

“Criticism is drifting away from literature. All the new ideas are in the sciences, and not in literature. Serious literary criticism is on the outskirts and is written in a language that people don’t read. It’s become so specialized that literary critics write like nuclear physicists, and there is no sense of critics spreading out among the general intellectual population,” he said.

“In US universities, students are reading theory or critical studies, but they are not reading literature,” he added.

Author of collections of essays, including An Elemental Thing, Weinberger is also a renowned translator from Spanish, of writers including Jorge Luis Borges, Octavio Paz and Xavier Villarrutia.

Hay Festival Xalapa is the Mexico-based spinoff of the annual literature festival that originated in Hay-on-Wye, Wales. Other host cities include Aarah, Maldives; Beirut, Budapest, Cartagena, in Colombia, and Dhaka; Kerala, in India, and Nairobi and Segovia, in Spain.