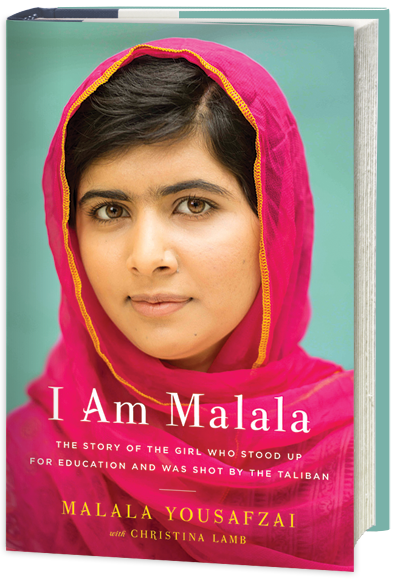 In 2012, Pakistani schoolgirl Malala Yousafzai rose to worldwide fame in an unfortunate way when the Taliban boarded her school bus and shot her in the head. Malala was known for campaigning for girls and their right to attend school; the area she lived in had come under Taliban rule.

After numerous operations, Malala miraculously recovered, and she is currently living in Britain. She has spent the last year working on a book with UK journalist Christina Lamb. Editor Judy Clain of Little, Brown and Company bought world rights to her story at an auction, and her autobiography, I am Malala: The Girl Who Stood Up for Education and Was Shot by the Taliban, was published in the US on Tuesday. Weidenfeld & Nicolson in the UK brought out the book simultaneously, overseen by editor Arzu Tahsin.

Twenty-one countries so far are bringing the book out as close to the US publication date as possible. Droemer in Germany, Calmann-Lévy in France, Garzanti in Italy, Het Spectrum in Holland and Alianza Editorial in Spain are just some of these publishers, says Tracy Williams, International Rights director for Little, Brown and Company.

I am Malala is one of Little, Brown and Company’s biggest titles this fall, its initial print run being 125,000 copies.

Malala herself is currently on a book tour in the US with her father and will continue on to the UK. She will be in Washington, DC on Friday, when this year’s Nobel Peace Prize will be awarded; Malala is one of the favorites for the prize, and is the youngest candidate ever. Last July, she addressed the United Nations Youth Assembly.

“It’s been incredibly hectic and wonderful,” said Williams. “Every single publisher feels like it’s an honor—that they’re part of something. It’s such an important book on so many levels: women, education and literature.”