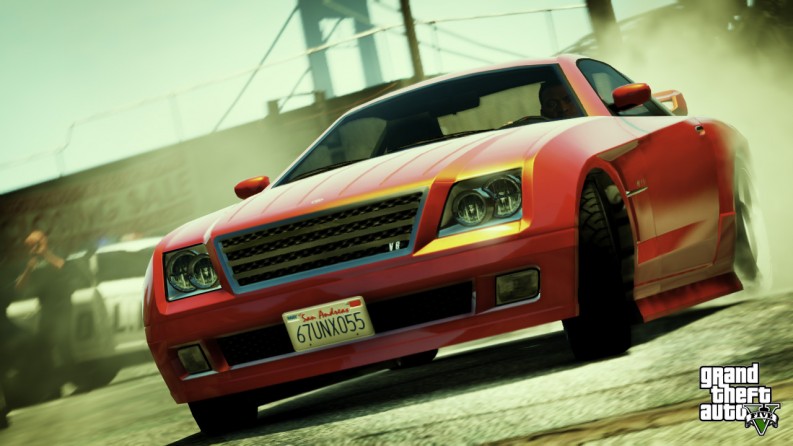 Missile-firing helicopters, toothless meth tweekers, and cross-eyed strippers run down in the street by steroid-amped criminals: it might not be the most obvious formula for success, but when video game Grand Theft Auto V went on sale on September 17, it sold an astonishing 11.2 million copies in the first 24 hours and raked in over a US$1 billion in sales in the first three days. Yesterday, it was announced by the Guinness Book of World Records that the frenetic pace of sales had broken six world records, including the highest revenue generated by an entertainment product in 24 hours.

When I asked Charlie Redmayne, the recently installed CEO of HarperCollins UK, if he would ever consider converting one of the publisher’s thrillers into a game as “potentially morally objectionable” as Grand Theft Auto V, he merely blinked and appeared slightly aghast with the question. “I don’t think we’d want to do anything morally objectionable.”

Today, video games, Netflix, social media are all the real competition for the book business. And efforts by the book business to flirt with something more closely resembling multi-media have largely faltered. Is it because we’re too squeamish?

Redmayne noted that doesn’t see a lot of potential in pursuing “enhanced editions,” even it it is something he says he “might have to take credit for creating” in his previous role leading digital at Harper.

A better path, he said will be to create wholly new properties, native to their platforms. Before taking over at HarperCollins, he ran J.K. Rowling’s digital Pottermore project, where he worked closely with Sony to create the Wonderbook: Book of Spells game for the Playstation 3, which—he pointed out—”sold very well.”

But this brings up an interesting question: what would have happened if Random House decided to put out an “adult-rated digital edition” of E.L. James’ Fifty Shades of Grey. It might even have struck some as “morally objectionable.” It might just have also sold in droves.

Perhaps we have to ask ourselves, in facing up to the competition, how far are we prepared to go?