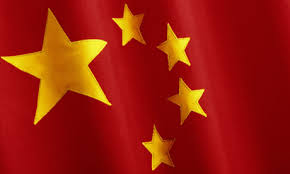 Despite strict censorship, Western authors are – for financial and intellectual reasons – increasingly looking to have a shot at the fast-growing book market in China.

Publishing Perspectives’ Editor-in-Chief Edward Nawotka shared his views with Deutsche Welle on why Western authors might subject themselves to redaction and censorship in the hope of reaching Chinese readers.

DW: What process do publications by Western authors undergo before being released in China?

Edward Nawotka: Since all International Standard Book Numbers (ISBN) in China must be purchased from the government, this itself serves as a de facto form of censorship, as the government can simply deny the sale of an ISBN to prevent publication. Of course, any publisher who is willing to take on a Western author knows that the work is likely to be looked at even more closely than would a typical Chinese book.

Thus, the first line of “censorship” is in the acquisitions process. The second-line is the self-censorship that editors impose on themselves. There are also other forms of censorship that affect Westerners such as the Chinese printing houses refusing to work with a Western publisher to produce a book that might be deemed objectionable to the state. DW: Are some Western authors resorting to self-censorship in order to publish in China?

Nawotka: Naturally, but rather than self-consciously censor themselves, writers are just as likely to follow in the path of Hollywood, which has consciously incorporated Chinese characters and settings into blockbuster movies to flatter Chinese audiences.

The Chinese justify censorship by saying that they are prioritizing books that advance their culture.

Increasingly, there are more and more Western journalists who spend longer spans of time working and living in China and producing books that, while not exactly flattering to China, demonstrate a more nuanced and, thus in the eyes of the Chinese, appropriate portraits of what is a very complex, large and fast-changing civilization.