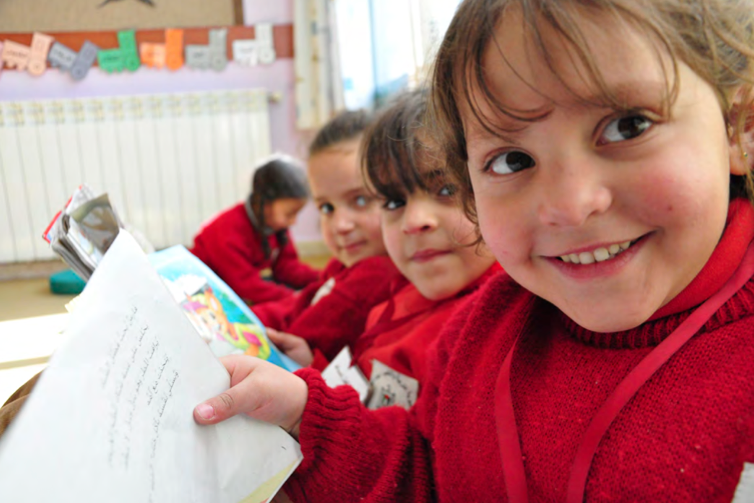 Walking through the new exhibit at the New York Public Library, “The ABC of It: Why Children’s Books Matter” (on display through March 23rd), Paula Marantz Cohen (who urges everyone to check it out) was struck by one thing in particular: “What one notes in moving through the exhibit is the way that these books struggle with [the] platitude, attributed to Horace but reaching back to Aristotle, that literature should delight and instruct. When it comes to children’s books, the two are often in an uneasy alliance or even at odds.”

From her piece in The Smart Set:

Thus, we see primers developed according to the pious principles of the pious principles of the great Puritan minister, Cotton Mather; another, influenced by the Enlightenment philosopher John Locke. None of these, unfortunately, seem much fun. There are samples of McGuffey Readers from my parents’ generation, and of Fun with Dick and Jane from my own. The novelist John Hersey is quoted as criticizing the latter for their ‘abnormally courteous, unnaturally clean boys and girls.’ I remember vaguely noting the homogeneity of the characters and their airbrushed suburban lives when reading them as a child, but having no words to express what I felt.

There are also examples of pedagogy in support of civic causes – children’s books from the Russian Revolution and the Chinese Cultural Revolution, books associated with Irish independence that makes use of fairy tales, a beautifully illustrated Hebrew alphabet book to teach children the language of a not-yet-created Jewish state. There are examples from W.E.B. Dubois’ monthly magazine for African-American children, “The Brownies’ Book”, published from 1920 to 1921 to teach black children pride in their identity.

Yet it noteworthy that some of our most beloved children’s books don’t teach anything and can’t be linked to an agenda of any kind. It is also interesting to see that those that caused a stir in their day for failing to toe a line of one sort of another. A recessed space contains books that have been controversial or censored: Pippi Longstocking, for its character’s rebelliousness, The Diary of Anne Frank for its narrator’s sexual explicitness, A Wrinkle in Time for overstepping the bounds of secularism when first published and for being unconventionally spiritual more recently. There is a copy of Garth Williams’ 1948 A Rabbit’s Wedding, castigated in its time for representing the marriage of a white rabbit and a black one. What looks like iconoclasm or perversity in one era can become unobjectionable and even desirable to teach in another – and vice versa. My reflex is to think that children are the best arbiters, being naturally drawn to what is good and true. But I may be indulging in a Rousseau-ist idealism here. After all, children are also fascinated by the sadistic and the gross – all those disturbing Grimm’s fairy tales, not to mention Jon Scieszka’s Stinky Cheese Men.

Learn more about the exhibit here.