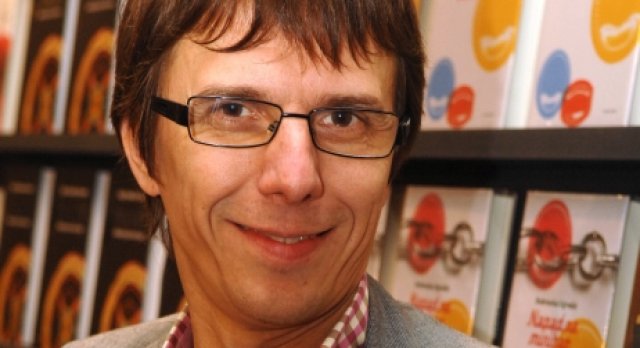 In the continuation of our regular series, global rights platform IPR License looks at what’s happening in a number of key publishing territories around the world.

We’re now sailing on the wake of the Frankfurt Book Fair, and the plethora of exciting deals that came to light, so this month’s market focus looks at some established, emerging, innovative and somewhat chaotic publishing arenas.

The importance of getting to grips with a variety of market nuances remains evident, especially when dealing with book rights. However, as important is engaging with the right people within these territories to generate valuable revenue streams. Inevitably, events such as Frankfurt can certainly help to cement any such relationships but what we mustn’t forget is how technology and online platforms can offer publishers access to a host of different people in a variety of marketplaces. All of which should be being explored on a regular basis rather than it being considered a special event. Croatia is a living proof that the size of a country or its population is not important when it comes to creating great literature. What matters is great writers and great writing. Unfortunately, Croatian authors have not yet been duly recognized in European countries, although a number of works has recently been translated. Aside from the two best known Croatian writers on the global stage—Slavenka Drakulić and Dubravka Ugrešić—there are many Croatian writers with a number of translated works and excellent reviews, such as Daša Drndić (Trieste); Miljenko Jergović, who is a big star in Germany and France, especially with his novel Dvori od Oraha; Robert Perišić, whose novel Our Man in Iraq has attracted the attention of American media; Edo Popović, whose urban prose has won the hearts of German readers, not to mention Ivana Simić Bodrožić and Igor Štiks as representatives of a younger generation.

Croatian literature today is characterised by exceptional vigour, with authors dealing in the most diverse topics, from the homeland war in the 1990s, through historical novels set in the twentieth century, to contemporary urban themes. It is becoming obvious that it is Croatian literary works, together with Polish and Hungarian works, that are deserving of the most attention among works from the countries of the so-called New Europe. In addition to the above mentioned writers, the most prominent Croatian authors are the contemporary classic Mirko Kovač with his master-works Grad u zrcalu, Malvina, and Ruganje s dušom; Olja Savičević Ivančević with her novel about modern-day Split, Adio, kauboju; Tatjana Gromača, author of two short, powerful poetic novels, Crnac and Božanska dječica; and two authors dealing with the Danube-region Germans in the twentieth century – Ivana Šojat-Kuči with Unterstadt, and Ludwig Bauer with his novels Zavičaj, zaborav and Kratka kronika porodice Weber. All these writers, however different in style, help to complete a portrait of an interesting, still undiscovered literature from a country which has just become a new member of the European Union as this July.

Literature, particularly when it is as good as that produced by these exemplary writers, gives the best and the deepest insight into the spirit of a country. In this case, it is a powerful, contemporary prose rooted in European tradition and spiced with the new and undiscovered. Israel’s seven-million-strong demographic divides into a million Arabs, a million Ultra-Orthodox Jews and a million Russian immigrants, leaving a Hebrew-book-buying public of only four million. During the past six years the market has been in a state of chaos, with the two main book chains offering “buy one get two free” holiday promotions and four new bestselling titles for 100NIS (about $28). Nobody has been making any money; smaller publishers approached big publishers to partner up and share resources or risk going under; foreign rights deals shrank even smaller than usual, with discount clauses that many agents found hard to stomach.

As of next February, thanks to a lot of lobbying by publishers such as Ilai Melzer at the publishing house Books in the Attic, a fixed price law comes into effect and, with it, the hope that things will gradually return to normal.  Historically a literary market, Israel has recently begun to embrace thrillers and Scandinavian crime. It was the first international market to acquire the rights to Fifty Shades of Grey (even before the global Random House deal), and the trilogy was extremely successful, although it remains to be seen whether any appetite for erotica will endure beyond the offerings of EL James and Sylvia Day.  The 1965 classic Stoner by John Williams, which is currently undergoing a huge revival in Holland and the UK, was a year-long bestseller in Israel back in 2011. It is, in many ways, a market where publishers are ahead of the game and leading the way.

In general, publishers in Israel look for enduring, high quality books. The bestselling non-fiction title for the past one hundred consecutive weeks has been From Animals to Gods: A Brief History of Humankind by Yuval Noah Harai.

The ebook market is still nascent and it is almost exclusively a paperback market, so publishers have to get it right first time and find the audience immediately with aggressive marketing. Roughly 50% of what is published there is in translation. In terms of non-fiction, the most desirable submissions are big ideas, opinion-forming, debate-changing books. This means a big subject with a fresh angle, whether it be philosophy, biography, popular science or history (World War II works, World War I and modern warfare doesn’t).  Either that or something topical by the only person qualified to tell it. Celebrity biography barely sells a copy, while behavioral economics and game theory are particularly popular subjects.