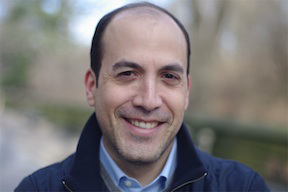 In his 1939 novel The Grapes of Wrath, John Steinbeck wrote about characters so attached to land that separating the man from the patch of earth he lived on became nearly impossible: “If a man owns a little property, that property is him, it’s part of him, and it’s like him. If he owns property only so he can walk on it and handle it and be sad when it isn’t doing well, and feel fine when the rain falls on it, that property is him, and some ways he’s bigger because he owns it.”

Throughout the novel’s chronicle of the Joad family fortunes and (mostly) misfortunes, Steinbeck documents a quest for possession. And while happiness and security are the true goals, these states are arrived at mainly through the accumulation of physical things: a house, plot of land, a vehicle that can get you to a job that pays a living wage.

Numerous other characters in Steinbeck’s work are similarly defined by their possessions or, rather, by their chronic states of not possessing anything. The paisanos of Tortilla Flat see possessions as a sort of curse; ringleader Danny is actually relieved when one of his two inherited houses burns to the ground. For him, ownership is a burden and he cannot feel truly free unless he possesses nothing. Similarly, Mack and the gang from Cannery Row and Sweet Thursday live a contented hand-to-mouth existence, owning and owing nothing. But for the most part, whether it’s a farm, a pearl, or even just a few rabbits, the quest for ownership defines almost every character in Steinbeck’s books.

But now, websites such as Netflix and Hulu, Spotify and Pandora, are leading a seismic shift away from owning movies and music to merely consuming them and, in the process, is changing the way we think about entertainment. And while the Internet has already given birth to a number of new economic models (the sharing economy, the attention economy, etc.), this newest and perhaps final change promises to have a profound effect. But what’s the advantage of this new world? What’s lost, and what’s gained? And how did we get here?

When music became portable with the advent of the transistor, listeners no longer had to be chained to their living rooms listening to sounds coming out of a box that was often the size of a washing machine. Miniaturization meant that radios could be transported to cars and pockets, which meant they could be transported anywhere. And yet, despite their newfound portability, the music that came from these radios was still—in many cases—limited to a geographic boundary: if your town didn’t have a cool or edgy radio station, there was no way to hear cool or edgy music.

There was a return to this atmosphere in the ‘80s when MTV became, for a new generation, a sort of visual radio station. This time around, the selection was even more limited; a teen in New York watched the same videos as a teen in California. After the modicum of diversity offered by the FM stations of the ‘70s, monoculture was back.

And while the bands who benefited from the rise of radio and MTV certainly prospered, buoyed by the exposure granted by these new media (artists like Elvis in the first era and Michael Jackson in the second), for many listeners their sole consumption of music during these periods consisted of the ephemeral nature through which the music was delivered: they watched, or listened, but never owned. I myself never bought any of the music broadcast during the early days of MTV, and yet I can still hum and sing all of the hits. Was this a paler version of buying and spinning the records? I’ll never know. All I do know is that, even thirty years later, I still can’t get songs like “I Ran” and “Take On Me” out of my head.

Current generations will have a similar relationship with the music and the hits of their day. There are countless kids out there who can sing “Get Lucky” or “Blurred Lines,” but I doubt there are as many physical copies of those singles sitting on shelves. This is not necessarily a bad thing. The big difference, this time around, is that listeners have power.

Instead of a DJ who, in most cases, “says nothing to me about my life,” there are algorithms that know us inside and out: who we’ve listened to and when, what kind of music we like and don’t, which songs we love and those we’ve never listened to. These computer programs are then able to serve up to each of us customized playlists, suggesting new bands and songs to fit every mood.

Film used to be similarly contained. At first you had to go to your local theater, then you could travel to a video store to rent a cassette, and then cable TV gave you a merry-go-round of choices until Tivo and DVRs allowed you to record shows to watch at your leisure. Now there are websites like Netflix and Hulu (not to mention YouTube), who not only allow you to stream and watch movies and TV shows instantly, but that actually suggest new things for you to watch. You get recommendations, you get similar movies; you get a personalized experience and countless hours of viewing entertainment, all without having to buy a single DVD (not to mention a DVD player).

In a recent issue of the New Yorker, Ian Crouch asked, “Why do we buy books?” His answer: “Well, until very recently, there were few other ways to get them. We could go to a library, or borrow them from people we knew. Otherwise, we had to buy them. And, until recently, buying them meant buying objects…” That was then; this is now. Books are the next step in the trend toward the ownership-free lifestyle.

My own company, Byliner, is a leader in this space. We got our start in e-singles, with Jon Krakauer’s bestselling Three Cups of Deceit, but we’ve since expanded into a comprehensive reading subscription service that offers tens of thousands of stories by award-winning writers through a website or iPad app. We also deliver personal recommendations and unlimited reading on unlimited devices. If you tell us what writers you like, or what kind of stories you like to read, we’ll supply you the perfect one every time. Using the iPad app, the reading experience can be completely customized in terms of font, type size, and display settings. All of this happens wirelessly, instantly, and your personal feed is constantly updated with new writers and stories.

And while we certainly have our antecedents and colleagues—in the tech book space there’s Safari, Oyster recently launched, and Scribd just expanded their services—we’re the only company currently offering an all-you-can-read subscription reading service that offers breadth, value, and convenience for users. With a monthly fee, and a computer or tablet, you can have access to the world’s best writers, at any time. No physical books required.

In a scene from The Grapes of Wrath, late in the book, Tom Joad kills a corrupt cop and has to leave his rapidly disintegrating family. Before he flees into the night, his worried mother asks when or where she’ll ever see him again. He answers: “I’ll be ever’where—wherever you look. Wherever they’s a fight so hungry people can eat, I’ll be there. Wherever they’s a cop beatin’ up a guy, I’ll be there…I’ll be in the way guys yell when they’re mad an’—I’ll be in the way kids laugh when they’re hungry an’ they know supper’s ready.”

Joad transforms himself into an idea, an ephemeral force affecting people’s lives. He will, in essence, go from spectator to specter. In this he’s similar to all of the music, films, and stories swirling in the digital cloud, waiting to be discovered. Because, just like Steinbeck’s catalog of strivers, what we seek to own in terms of music, movies, and books are not the physical things themselves. Rather, what we’re after—what we crave—are the ideas, wisdom, and stories that they contain. We’re not looking for items; we want entertainment. And these new digital entertainment services—Spotify, Netflix, Byliner, and others—offer just that. And when your life is changed by one of the stories you read, or a song you stream, or a movie you watch that arrives wirelessly, those memories, that stirring in your chest? That’s yours to keep.

An author and publishing professional with more than fifteen years’ experience, Jeff Gomez is currently the Head of Writer Marketing for Byliner, Inc. Go to www.byliner.com/industry to subscribe at a special industry rate.