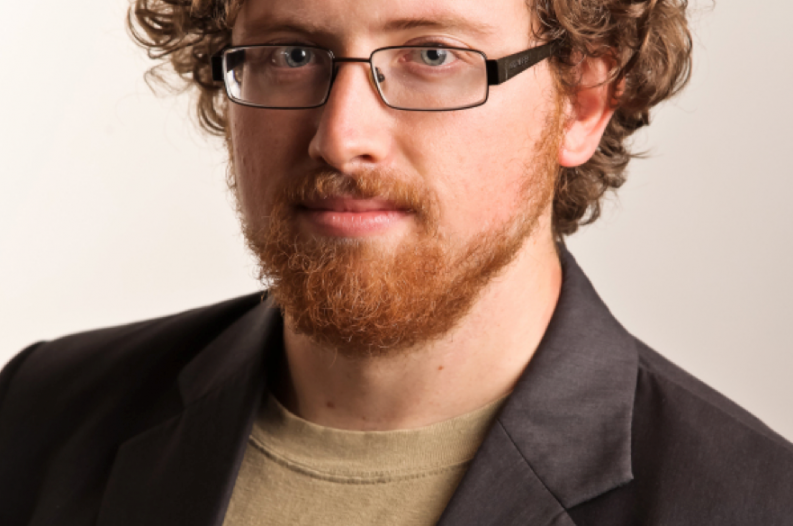 Corey King will be part of the StoryDrive program at the Frankfurt Book Fair on Friday, October 11, where he’ll be a panelist discussing “Augmented Reality Storytelling: It’s the End of the Story as We Know It.” “In the future entertainment will interweave with our real lives,” says Corey King, founder of ZenFri Inc. a startup that merges art, technology and business in a whole new way. “We will be the main characters in stories that take place all around us, and transform our environments to whatever whim our imaginations can conjure. I see this transformation of reality into a creative space as becoming the dominant medium of our tech-fueled lives.”

King is an award-winning storyteller and producer, who has successfully worked across a range of mediums including films, books, journalism, gallery art and gaming.

His largest project to date is a location-based, augmented reality project titled Clandestine: Anomaly, a game incorporates the actual neighborhood of each individual into the gameplay. Hailed at conferences around the world (such as Gamelab and Augmented World Expo) as “the most ambitious augmented reality game ever attempted,” Corey’s mission is to define the narrative and gameplay conventions for what he sees as an emerging storytelling medium, one where the world itself is the canvas.

With this project he’s attracted a stable of industry professionals who’ve worked on some of the world’s most valuable IP’s and attracted over $1.5 million in funding, all while driving every aspect of the project’s vision.

What do you expect from the “StoryDrive” conference?

StoryDrive is a refreshing future-focused conference that explores storytelling in all its forms. At the conference I’m hoping to gain insight into where current innovations are focused, get a sense of what the audience wants from their stories, and champion my own belief — that we’re on the cusp of reaching the mainstream with what is likely to be one of the most transformative mediums of the this generation — Emergent Reality.

“Clandestine: Anomaly” promises to be not less than the next evolutionary step in mobile gaming. What is so special about this project?

While there has been more and more interest in using GPS, augmented reality and other emerging technologies in gaming, advertising and to a lesser degree storytelling, it’s always been deployed on a smaller, and I’d say gimmicky fashion. A lot of the rules for telling stories need to be discarded, amended or completely rewritten in order for these technologies to create an emotional resonance with the audience.

Having a neat new technology used for entertainment purposes without an emotional connection to the audience is like eating candy, it’s good in small doses but once you’ve consumed it, the impact is gone. By trying to create a persistent, choice driven world where a player’s neighborhood is leveraged in a dynamic story-centered way, we hope to take what’s familiar to the player, the places they already know and care about, and present a story that effects that existing relationship. This is a key advantage to this type of game, that’s never really been exploited

Beyond this, we’re looking to bring an epic, highly detailed story world to the player, where they — not an avatar — are the protagonist no matter who they are or where they live. It’s a blend of alternate reality game, augmented reality, geocaching and role playing game that’s never — especially on this scale — been attempted. In general mainstream mediums such as film, TV, books and most games seek to transport the player into a new world, Emergent Reality seeks to transform their world.

Emergent reality and augmented reality — marketable trends or technical frippery or only a few people?

King: A lot of people who have had some experience with AR, especially seasoned gamers, seem to have already come to the belief that it can only be technical frippery. This is because, to date, that’s all it really has been. The way these experiences are churned out in quick, heartless packages has already damaged the consumers’ expectations. We’ve come against this, perhaps premature, bias again and again when talking about this game. However in our focus groups and public showings of the game, in times when people can get their hands on Clandestine, people seem to respond positively, and in the case of skeptics, they often suddenly come to understand the potential. This doesn’t mean we won’t screw it up, but even if we do, people will start to see the immense potential. Our plan is to create a viable mainstream product. Our marketing plan, and research are all pointing to this. If we can capture people’s hearts, we will have captured their imagination.