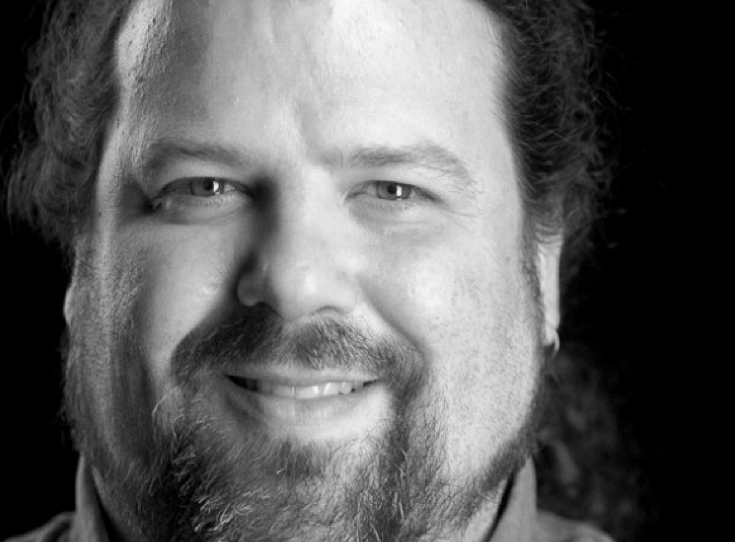 Drew Davidson will be part of the StoryDrive program at the Frankfurt Book Fair on 11 October, where he’ll be a panelist discussing “Augmented Reality Storytelling: It’s the End of the Story as We Know It.” Reality has many faces. So does fiction. Now we can add another one to the list thanks to the latest technologies and innovative storytelling concepts. “Augmented reality storytelling” definitively removes the boundaries between fiction and reality, between reality and virtuality. The use of 3D effects, holograms, animations, and geotagging allows media users to think of themselves as being right at the heart of the action, rather than just along for the ride in their novels, fantasy games or comedies.

In 2008, “augmented reality” was already showing up as one of the top ten new technological developments. Mobile analyst Juniper Research forecasts that revenues will top $1.5 billion in 2015. The trend follows the hype.

But how can traditional media benefit from this development? Which investments are necessary and which pay off? How is augmented reality changing the media landscape and the way industries collaborate with each other? And how can you actually tell a story that goes beyond reality?

As part of this year’s Storydrive program at the Frankfurt Book Fair on October 11 international storytelling pioneers and experts in the field of “augmented reality” will field questions from the audience. This exchange with attendees will be preceded by an introduction to the topic “augmented reality storytelling”. Participants will be encouraged to pose questions, comment on the trend and refine it. In order to make “augmented reality” easier to grasp, speakers will also present projects that open up a new dimension of reality in their stories — in the case of “Clandestine: Anomaly,” the game incorporates the actual neighborhood of each individual player.

Among those speaking will be Drew Davidson — professor, producer and interactive gamer. His background spans academic, industry and professional worlds and he is interested in stories across texts, comics, games and other media. He is the Director of the Entertainment Technology Center at Carnegie Mellon University and the Founding Editor of ETC Press and its Well Played series and journal.

“I believe the future of storytelling is going to build on its past,” said Davidson. “Stories have always been a participatory experience regardless of the medium, as both authors and audience engage in the relating of stories. So while interactive technologies are enabling new and exciting ways to share stories, the experience is still going to center around the quality of the story told and our ability to get lost in fictional worlds.

So, What are the key factors of successful cross-media communication?

I think the key is providing the audience with narrative reasons to engage across media. Give us a story with characters and events that we care about, and give us a reason to feel like we’re a part of that experience, and we’ll engage.

What are the central mistakes or weak points of cross-media communication?

I think planning after the fact is really hard, and the other is to have the primary motivation is advertising and marketing. So there isn’t a great narrative reason to engage.

In your approach, transmedia is transforming media users from being rather passive into participants who can actively take part. Is this the result of a technological development or rather a request of a large audience?

I think technology has given us more ways to engage, which is inspiring to an audience that cares about a story that is being told. Once upon a time, there were fewer options, so not as much potential to participate (although of course you could). Now, it’s almost impossible not to get involved in a mediated experience.

…that the audience has the possibilities to not only engage in stories told by others, but to create stories of experiences of their own that they can share.