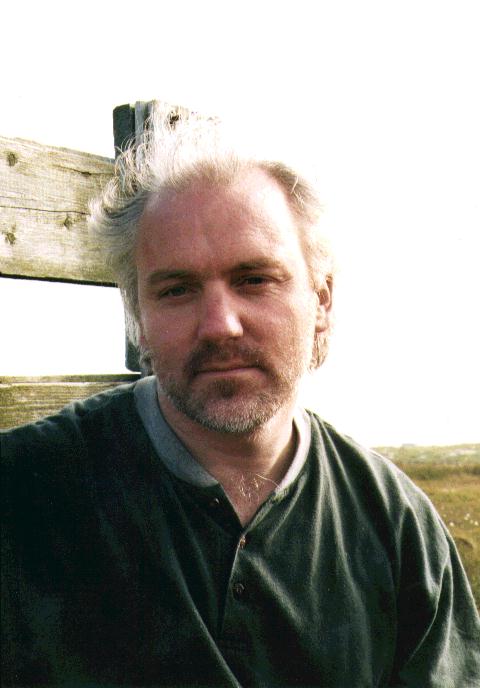 Emma Cowing reports in The Scotsman that later this month Scotland will be home of an unusual literary event: the simultaneous publication of a novel in both English and Gaelic.

The novel, The Girl on the Ferryboat, or An Nighean air an Aiseag, (which tells the story of a young man and woman who have a brush against each other on the stairs of a ferryboat which neither ever forgets, and then almost 50 years later) was written by the Scottish writer and poet Angus Peter Campbell (OR Aonghas Phadraig Caimbeul in Gaelic) will be published by Luath Press in two separate editions, each with a different cover.

Campbell, who has written in both languages in the past, admitted that writing in both at the same time made the process all the more complicated. “Like a jigsaw or a zig-zag, one field of language would often then open up a surprising and unexpected gate into the other language. I think that in itself provided a dynamism which was very interesting.

Campbell, who has his home base on the Isle of Skye and who on the Scottish Poetry Book of the Year last year for his collection Aibisidh, admitted that writing simultaneously in two languages presented “unique difficulties.”

The biggest challenge? To make sure “that nothing was a mere wooden translation from one language to the other,” adding that “It’s extremely difficult to retain a sense of absolute authenticity. The effort and work was always not to deaden it.”

Campbell’s publication(s) are just one more sign demonstrating the growth (or rebirth if you will) of Gaelic fiction in recent years. John Storey, head of literature and publishing at the Gaelic Book Council said, “There’s been a quiet revolution in Gaelic fiction over the last ten to 15 years.

In addition to established authors, such as Angus Peter, there is a new generation of Gaelic fiction writers coming through – both from native and learner backgrounds – producing exciting new work and exploring a range of diverse subjects, themes, and writing styles.”

In fact, according to Storey, the mere fact of Campbell’s dual-publication is proof that publishers are taking Gaelic fiction seriously.

“This is a brave and positive step from Luath Press,” he told The Scotsman. “They have received no external funding for publishing the novel. Luath’s commitment reflects an increasing openness towards Gaelic fiction from mainstream publishers, and demonstrates the rising prominence of Gaelic fiction.”

For his part, Gavin MacDougall, director at Luath, had this to say: “We had discussions in the past about doing something like this and this time we decided to just go ahead and do it. We might be foolish and mad but it seems to make sense and everyone we’ve spoken to has been delighted that we’re doing it.”