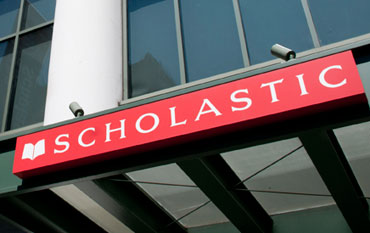 Scholastic is the world’s largest publisher and distributor of children’s books. Reach Out and Read is a nonprofit organization of medical providers who promote early literacy and school readiness in pediatric rooms nationwide by giving new books to children and advice to parents about the importance of reading aloud.

And now, Scholastic, a long-time supporter of Reach Out and Read, has announced that it will be donating one million books to the organization.

“We believe that literacy is the birthright of every child and the pathway to success in school, and it starts by creating a home library from which children can access and choose books that will set them up for a lifetime of independent reading,” said Richard Robinson, Chairman and CEO of Scholastic. “Scholastic has been a longtime supporter of the work Reach Out and Read does to promote early-childhood literacy, and their proven model continues to successfully prescribe reading for all children and their families during their visit to the doctor.”

The Scholastic million book donation comes just after Reach Out and Read was recognized by the Library of Congress as the recipient of the David M. Rubenstein Prize, which honors organizations with a proven record of advancing literacy worldwide. The $150,000 award celebrates Reach Out and Read’s unique approach to improving literacy by providing books to 4 million at-risk children per year via doctors and nurses at nearly 5,000 Reach Out and Read clinics throughout the United States.

“We know that books build better brains – and a million young brains will be shaped for the future through this incredible donation from Scholastic,” said Reach Out and Read Executive Director Anne-Marie Fitzgerald. “Scholastic is our oldest and most generous partner, and without their continued commitment, we would not be able to help children grow up to become readers and support parents as their children’s first and most important teachers. As Reach Out and Read is poised to begin its 25th year, these books, along with the award from the Library of Congress, will be instrumental in creating a new generation of readers. On behalf of our 12,000 pediatricians and the millions of children we serve nationwide, I thank Scholastic for this tremendous gift.”

And it’s a gift that’s badly needed, despite Reach Out and Read’s current distribution rate of more than 6.5 million books a year that reach more than one-third of all children living in poverty in the U.S. Scholastic’s gift, which include a large number of bilingual Spanish/English books, will be among the first books these at-risk children will be able to call their own.

Besides providing books to those in need, Reach Out and Read helps to train both pediatric care providers and low-income families with the tools necessary to make reading aloud a daily activity, as the organization’s research shows that reading aloud to children not only helps to shape a child’s vocabulary, literacy and testing skills, but that children who have access to Reach Out and Read score three to six months ahead of their non-Reach Out and Read peers on vocabulary testing. Exposure to books during the child’s first five years, along with parents who are actively engaged in their child’s learning, greatly increases that child’s readiness to read, learn, and succeed in kindergarten and beyond.