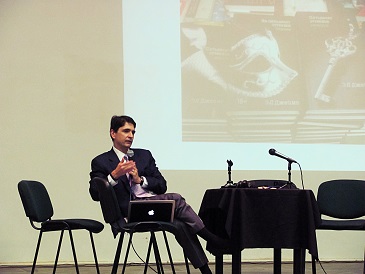 Publishing Perspectives’ Editor-in-Chief Edward Nawotka was a guest speaker at this year’s Lviv Book Forum. He was interviewed by the Kiev newspaper Pravda about book publishing in the United States and Europe, compared with that in the Ukraine and the reasons why the majority of Ukrainian authors remain largely “undiscovered” on the world stage.

You can read the interview — albeit in Ukrainian — from Pravda Ukraine.