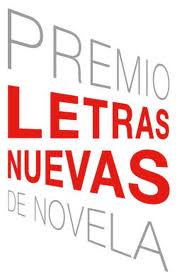 MEXICO CITY: The Letras Nuevas de Novela award, organized by Planeta and Grupo Sanborns, will donate this year’s prize money to helping the victims of flooding in Mexico caused by two recent hurricanes, after the winning book was revealed to be co-authored, contravening the competition rules. The 1 million peso (USD $76,800) prize money will be channeled to helping victims primarily in the southwestern state of Guerrero, where rains caused by hurricane Manuel caused havoc last week, resulting in around 100 deaths and tens of million of dollars’ material damage, the organizers announced Tuesday.

The jury voted unanimously to award the prize to the novel Los Perros de la Noche (Dogs of the Night), entered under a pseudonym in accordance with the competition rules. But the prize was deemed invalid after it was revealed that the work was co-authored, by Alejandro Hernández and José Luis Gómez.

The rules of the competition, open to debutantes with their first novel, state that all manuscripts entered must be the work of one author.

Both writers took the decision well, claiming it to be in the best interests of all, and pledged to “read the competition rules in future.”

The jury, made up of Planeta editor Gabriel Sandoval and book-buying director Ernesto Gallegos, as well as Mexican writers Carlos Martínez Assad, Sandra Lorenzano and Benito Taibo, agreed to grant the winning novel honorable mention and recommend it be published.

The prize was created by the publishing house in conjunction with Mexican department store and restaurant chain Grupo Sanborns, part of the business empire of Mexican magnate Carlos Slim.

Sanborns director Patricio Slim Domit described the novel as “of impeccable prose that tells, with the power and exactitude of an essay, the story of Mexico’s loss of a large part of its territory to the US,” and “an essential novel for knowing what we (Mexicans) are made of.”

An honorable mention was also awarded to Laura Martínez Bello for her manuscript La última página.