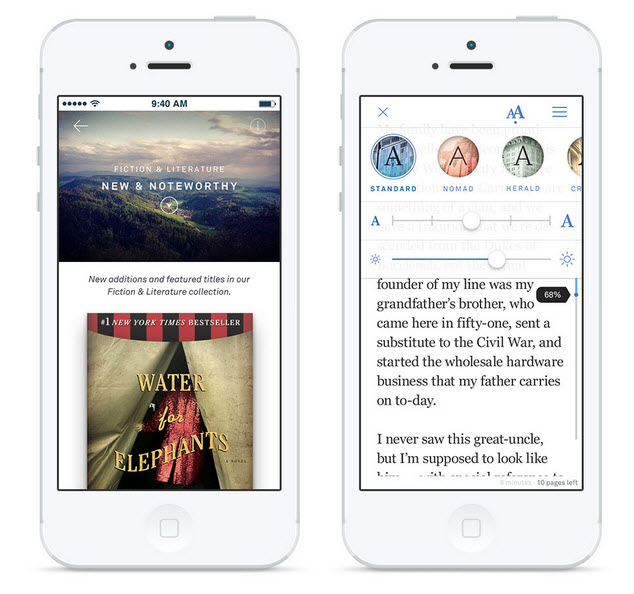 Oyster, the recently launched ebook subscription service, is getting branded with the “Netflix of Books” label again. And yes, it definitely comes close.

The general discussion around Oyster is what is not available — books from four of the top five major publishers, in particular. At present, you’ll find a selection of titles on there from HarperCollins, as well as Houghton Mifflin Harcourt, Open Road, Workman, Melville House and others.

Though the site claims some 100,000 titles are available, one wonders just how many of those account for the deal that the company did with Smashwords. Indeed, from the traditional publishers the selection appears somewhat shallow.. That said, it should be adequate for most readers for now, because it’s going to be the rare individual who has read all of the quality books that are on offer.

What is seductive on first glance is that there is, indeed, a rather a high quality of book on offer front-and-center. After all, the publishers who are working with Oyster put out a top notch product, for the most part. For now, at least, this isn’t an app overloaded with a lot of DIY/self-pub genre novels crying out for your attention.

The proposition for using a service like Oyster is value — the $9.99 all-you-can-read buffet. Sadly, judging number of the titles that I have already read or plan  to read — literary fiction, some history, biography, even self-help — also appear to overlap heavily with the selection that have been offered for crash flash sales on the daily deal sites. The 2012 Best American Short Stories from Houghton Mifflin Harcourt — a series that I love and have loved for many years — is just one example. I know because I bought it and the other Best Americans earlier this year on a Kindle Flash deal. Ditto for A Prayer for Owen Meany by John Irving. Ditto for several, nay, many other titles as well.

So, if you’re someone who trolls as I do for daily flash ebook deals and/or simply can’t pass up a deal, you might find that you already own (or technically, have licensed) several of the most desirable titles available on Oyster.

Aesthetically, the platform is attractive, the discovery tools are functional, and the payment — $9.99 for unlimited reading — is more than fair. At present the app is only available for the iPhone, though you can install it on an iPad as well. It will run in a smaller iPhone sized window on your screen, though you can blow it up using the magnification feature (the x2 button on the lower right) which makes it functional on the iPad, provided you put the text to the smallest size, which makes up for some of the loss in resolution.

Let’s wait it out for a few months to see what they come up with, but for now — at $9.99 — if you read two or three selections per month, you’re still getting the same deal you’d get if you waited for the same titles to go on crash sale.

And it can’t hurt to contribute to the support of a site that actually delivers on its potential to become “the Netflix of Books.” Perhaps even one day Oyster will become synonymous with ebook subs and we can finally do away with that imprecise analogy.