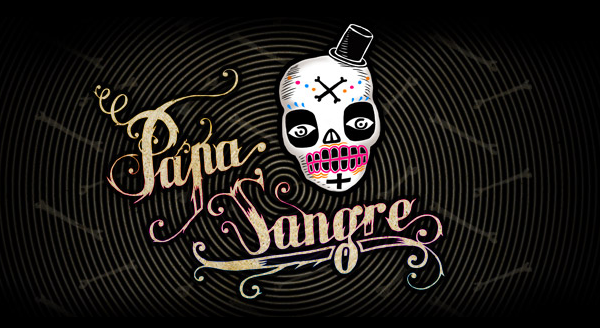 LONDON: “Mashed Baby Salad” is the winning line in a round of Chip Stew — a game that challenges players to invent the most revolting dish possible from the words on a pub menu.

It is one of 300 easy-to-play games on the soon-to-be-released Tiny Games app by London-based Hide&Seek. Tiny Games is one of the latest innovations in mobile storytelling to come out of the startup cluster around the Old Street roundabout in East London, an area dubbed Silicon Roundabout or Tech City.

“It is what we call local-social-mobile,” says Alex Fleetwood, director of Hide&Seek. “Its key point of innovation is that it is the bringing together of the features of smartphone games with the local nature of many traditional games.”

So much so that earlier this week September the Sesame Workshop will release Sesame Street Family Play — an app based on Tiny Games in order to encourage parents and children to play together. Hide&Seek is also talking to a publisher about developing a social storytelling app as well.

Mobile storytelling is a big space that usually comes down to a simple formula involving some kind of game downloaded as an app on to a smartphone or tablet to be used at home, at the office or in between — although a few storytellers still use the browser.

For some storytellers this is just an extension of the same tradition of telling stories round the fire that gave rise to the Iliad. Others see it as something new: the understanding and then manipulation of emerging digital patterns of behavior, or even the removal of the barriers that separate the storyteller and the audience altogether. We become the teller of our own story.

According to Fleetwood, Hide&Seek “has always had a particular interest in playing games in the real world.” In September 2011 on London’s South Bank, Hide&Seek tested ten easy-to-play site-specific games; during the 2012 London Olympics it tested 99 more, with three games in each of London’s 33 boroughs.

So it seemed only natural to design “a smartphone app that allows you to play games in the real world with your friends”: you simply tell the app where you are and who you are with and the app will then recommend one of 300 games, give you the rules, and act as timer. In the future it will keep score too. Paul Bennun had “always wanted to create the perfect audio game” — and with Papa Sangre and its follow-up The Nightjar he and his team seem to have achieved it. Bennun is chief creative officer and executive director of Somethin’ Else, a content design and creation company whose HQ is close to Hide&Seek’s studio near the Old Street roundabout. While Papa Sangre is a first-person horror-thriller, in The Nightjar the chills and thrills are transported to a space ship. Papa Sangre II is out this autumn, voiced by British actor Sean Bean.

In June of this year Somethin’ Else was included in Real Business’s “Top 30 to Watch in Mobile,” and described as the oddest firm in the chart thanks to its creation of binaural (3D stereo) gaming on a mobile device and the success of these titles.

Audio games are basically video games without the video, where the only feedback is through sound. They were originally aimed at the blind community — and Somethin’ Else did work with the RNIB (Royal National Institute for the Blind) and a team of visually impaired testers during the development of Papa Sangre — but increasingly these audio games have mainstream appeal as well.

Driven by its proprietary Papa Engine (now completely rewritten), Somethin’ Else’s binaural audio game allows players to hear sounds on their mobile as if they were experiencing them for themselves — so they can tell how far away or how close someone or something is. Just don’t forget the good quality headphones. It was inspired by the live theater game Sangre y Patatas, where players try and escape from a monster while blindfolded.

“What does mobile mean? It is about removing distance and time from extraordinary experiences,” says Bennun. “So Papa Sangre is a very good example of an app actually fulfilling this promise, as you are not using the game, you are inside it. The information that you receive in your ears is actually the sound you would hear if you were there. It is real.”

Just a little further along the street from Somethin’ Else is startup Made In Me. According to managing director James Huggins, “for young kids mobile is the best format as it allows them to interact better with it than with a keyboard or a mouse. It is almost natural.”

Sneak was a single app project and one of their first. Huggins describes it as a “passion project” that they built “from scratch” with original IP. Its innovation, he says, is “more in the concept than the execution. It’s not rocket science but it uses aspects of the device not normally front of stage. It creates a real-world play scenario beyond the device — so it becomes a play partner rather than being the whole experience.”

Using the capabilities of an iPhone or iPad it can hear and even see: “I don’t want to be too sci-fi but Sneak can do everything you can do.”

In contrast, their latest project is an app designed to bring stories to life for young children. Me Books features narrated versions of well-loved children’s books (around 130 in the UK and 90 in the USA) along with sound effects, plus “draw-on functionality,” which allows children to select with a finger their favorite parts, then with a tap record narration in their own voice. “It is a procedure that we have been able to patent,” says Huggins.

The hardest part of developing the app was that “many publishers were not used to licensing out their content for us to turn into something different.” It is getting easier.

And this is only the beginning as In development is a sister app called Me Comics, “as we want to do for comics what we did for books,” he says.

While Huggins is in negotiations with American publishers to add more home-grown titles to the app in the States, he is also working on an Android version for a Christmas release.

For Huggins, “being in London has helped us hugely as there is any kind of service a digital business needs. There is the networking but also more of a sense of collective optimism and willingness to experiment digitally, which means that there a lot of exciting things happening.”

London as a Hub for Mobile Storytelling

Michael Bhaskar, digital publishing director of Profile Books, isn’t surprised at this amount of innovation going on in mobile storytelling in such a small geographical area. Bhaskar’s exploration of publishing and digital publishing, The Content Machine, is published in October.

“London is brilliant for this sort of thing as it’s one of the only places in the world where you have all the media and tech players mixing,” he says. “The US is far more polarized; London is this big squash of publishers, developers, games studios, startups, film companies and so on in a few square miles.”

“Of course since I live in London I can sense this real energy and passion amongst peers to produce incredibly amazing work,” adds Anab Jain, TED fellow and co-founder and director of Anglo-Indian emerging technologies design practice Superflux.

“I think the London community is perhaps more tightly knit, shares more, and is becoming more vocal about funding needs. And it feels as if investors are responding more positively, which is helpful. Also people are trying all sorts of new ways of working, collaborating, and making.”

Alex Fleetwood agrees: “I think we’re very advantaged in London because our tech scene nestles cheek by jowl with cultural, literary London. While the support on offer from institutions like Nesta and the Arts Council is limited, it does at least exist, and that creates a context where experimental collaborations are possible. That in turn provides a basis for more commercially minded studios to mine that for revenue potential.” .

“The key trend for me as story apps from game studios, rather than interactive, playful apps from publishers, as game studios are better optimized for reaching and engaging audiences, and as they scale their ambitions with storytelling they will create new audiences and markets.”

With such stories as Fallen London (a browser game), the immersive running game Zombies, Run!, and Steve Jackson’s Sorcery! already enjoying success, Fleetwood is convinced that the startups clustered around Silicon Roundabout represent the future of mobile storytelling. The Future From London

We have seen the start of geolocative storytelling but nowhere near as much as it could be. Another trend is life tracking. One day, your phone may be able to know all this stuff about you – your mood, health, interests — and could generate stories on the fly, or compile reading lists.

I stumbled across a great London-based creative team at Silicon Beach – The Swarm lead by Jason Daponte, former mobile lead at the BBC. They’ve just launched Meet the World Brain, a Facebook storytelling experience highlighting the perils of data capture and supporting a new documentary.

What’s on our radar as there is still value attached to the physical is print on demand. I don’t mean that I can order a book that is already published, but rather the physical manifestation of the digital personal you. We are also developing ideas that have elements of personalised story telling.

–James Huggins, Made In Me

There are a lot of people doing useful little apps – handcrafted things that don’t scale well. So perhaps interactivity on the iPad is a bit like colour printing: it will enable new things but not everything is going to be interactive. Imagine the cost of replacing a whole bookshop. A lot of children’s books do very well on paper. What is really interesting is textbooks – not just replacing a photo with an animated graphic but with analytics so you can have live marking and real time analysis.

We the work we do is based on the insight that the audience’s patterns of digital behaviour are now maturing around specific genres like drama or long form journalism and not platforms. We also need to start organising content around levels of attention and not an organisation’s business model as one of the biggest problems we face as digital story tellers is the amount of stuff there is out there. We have also barely scrapped the surface of gestural interfaces.

I’ve got my eye on companies that are creating platforms for writing, so notably @medium is one, and this is an interesting creative, collaborative editing tool: https://poetica.com/