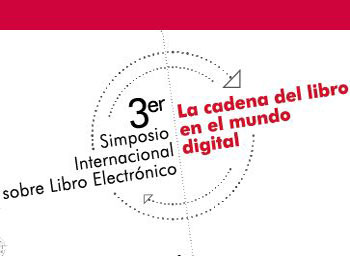 MEXICO CITY: Enthusiasm to embrace the ebook and the recognition of the format as a complement to, and not a replacement of, the printed book, pervaded  III Simposio Internacional sobre Libro Electrónico (the 3rd International Ebook Symposium) held here last week.

The optimism contrasted sharply with the bleak picture painted by Mexican academic Roger Bartra in his opening keynote address, that “reading is a minority phenomenon” in Mexico, “where 95% of the population are only occasional readers and only half a million can be considered frequent readers,” pointing out that the increase in the availability of e-readers and ebooks does not automatically create more readers.

But the participants, who included writers, academics, publishers and entrepreneurs, acknowledged the need to harness the burgeoning ebook and turn it to publishers’ and authors’ advantage, buoyed by the increasing popularity of the format across the Spanish-speaking world.

Spain, Mexico and the US are the three largest Spanish-language ebook markets, and while ebook sales in Spain represented 1 percent of total book sales in 2010, that market share has now risen to 5%, despite the 21% VAT levied on ebooks compared to 4% on print titles, and the comparatively high cost of Internet connectivity in that nation.

“Spain is discovering the ebook. We will all be reading on mobile phones, which will be the pocket book of the future,” said Javier Celaya, a panelist, frequent contributor to Publishing Perspectives, and founder of Dosdoce.com, an electronic publishing analysis portal.

From Local to Global

With Amazon having set up shop in Mexico last month and offering 70,000 titles, local publishers must step up their game and adapt to the changing market, the panelists agreed, as ebooks are not here to substitute printed books, but rather to usher in new possibilities for writers and open up new markets for publishers.

“With the Internet there are no boundaries, and publishers must buy international rights and translation rights, given that it’s easier to distribute and sell worldwide than negotiate for individual markets,” Celaya said.

Another necessary shift is the focus on content over format, to provide readers with content in multiple, made-to-measure formats, as well as printing-on-demand. With digital publishing, words become data, while the metadata extracted from sales must be used to better distribute across multiple markets, he said.

Publishers must avoid ‘author drain’ by sharing metadata with authors, not only about sales performance but also geographical distribution, as well as harnessing social networks and using reader feedback to provide recommendations and enhance and expand the reading experience, Celaya said.

From Textual to Visual

Until now, e-books have simply replicated the printed form and it is necessary to accept the transformation of the creative process so that the merely textual becomes visual, in order to adapt to the demands of the modern, digital-age reader, with the use of apps to engage readers with content, he added.

Celaya cited a geo-localized ebook, for example, that adapts the content according to the reader’s location.

The fragmentation of content, or ‘bundling,’ allowing for readers to purchase made-to-measure text, both increases sales opportunities and allows for dynamic pricing, in which a reader pays only for what they consume, and which is not the same as low pricing, Celaya said.

One of the biggest challenges to digital publishing is price perception, according to Tomás Granados Salinas, author and editorial director of Fondo de Cultura Económica, the large Mexican government-subsidized publishing house.

“There is a perception that texts procured online are free, resulting in less respect for copyright and an acceptance of piracy. While prices can be lowered with the elimination of print costs, return on investment is much slower, and the main challenge for publishers now is to make the shift from editors to producers and even content curators,” he said.

Eric Marbeau, director of sales and alliances at Gallimard in Paris, cited the French law enacted in 2011 that fixes ebook prices, and the VAT of 5.5% on both print and e-books as effective anti-piracy measures, with publishers obliged to make authors’ works available in both digital and paper format, while format as a vehicle for purchasing text must give way to content, affording readers flexibility of consumption.

“Piracy will always win and it must be counteracted with supply, and not with laws. A culture is not built with laws, but with demand, by creating an ample supply of good quality content at a competitive price,” Celaya said, before issuing a call to arms.

“It is up to us to create digital publishing firms, to create jobs, unlike firms such as Google, Apple and Amazon, that do not create a future for the local market, don’t create local jobs, and don’t even pay taxes in the countries in which they operate,” he said, before drawing a comparison between the upbeat mood at the symposium and the atmosphere at last year’s event, “which resembled that of a funeral, mourning the death of the book.”

This year’s event also coincided with the Mexican government’s launch of a national stimulus plan for the publishing industry, and which includes the digitization of libraries, and the announcement that all future publications of Conaculta — the Mexican arts and culture council that organized the symposium – will be published as ebooks.