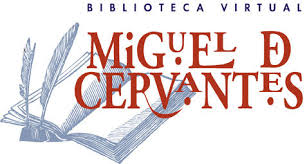 Despite the continued preference among readers for print over ebooks, the digital publishing revolution offers libraries an unprecedented opportunity to augment user access to the written word, but this new era brings challenges, as publishers remain reluctant to allow borrowers unsupervised access to their content.

The digital divide, particularly in emerging markets, remains an obstacle to universal access to e-libraries, but whose potential as an invaluable resource for learning and literacy, particularly in remote and marginalized communities, needs to be unleashed.

During a roundtable discussion on the availability of e-books and apps in libraries during the recent III Simposio Internacional sobre Libro Electrónico (the 3rd International Ebook Symposium).

Alexis de Greiff, director of the library network of the Bank of Colombia, pointed out that the challenges facing libraries are different to those faced by publishers and the public, as libraries struggle with budget restrictions while being treated by booksellers as just another customer in the digital marketplace. Publishers must treat libraries with a different criterion, as the purpose of their book purchases differs from that of a customer or a bookstore, and libraries are currently placed at a disadvantage, he explained.

“One of the most negative aspects of the current arrangement is that, when buying a stock of books, the lending or copying of the material is forbidden, meaning that any user wanting to consult a book must do so within the library itself, and that criterion needs to be altered so that publishers share the content they sell,” he said.

With the ebook still so new, there is no legal framework to regulate its dissemination, but with the growing popularity of the format there are now firms in Colombia that offer book borrowing online, he said.

“We are still in a process of adaptation to this new context for libraries and their users, and while the digital divide remains so wide, with so few people able to access the Internet in emerging markets, the promotion of books via libraries must be defined as part of a concept of social inclusion,” he added.

With the revenue possibilities of the ebook still to be appreciated by many publishers, their reluctance to allow titles to be borrowed in digital format could be assuaged by the financial rewards of expanding their digital catalog to the book-buying public.

“If booksellers did a little math they would realize the digital potential. Based on surveys in Europe, in the past six months there were 800,000 downloads of ebooks. Even if we assume that each download generates just one cent of revenue, then the figure becomes a very interesting business proposal,” said Jesús Pradells, director of the Miguel de Cervantes Virtual Library at the University of Alicante in Spain.

“There is still much to consolidate and regulate in this sphere, because in practice things happen differently. Entrepreneurs continue to apply the same methods they have used in the past, and which were valid until now with printed books, but market trends indicate very interesting changes,” he said.

And it is precisely that need for consolidation and new regulation that make this kind of symposium so important in order to define new strategies in Spanish-language publishing, according to José A. Merlo, the director of libraries at the University of Salamanca in Spain. “The changes are dizzying, as they are in the field of technological development, and if we were to meet again here next year the themes would be different.”

“The point is for all of us who are involved in this process to be in agreement: publishers, writers, public and private institutions, libraries and ebook developers. Publishers are concerned about piracy in the electronic sphere, but they could generate revenue by allowing ebook borrowing in libraries. But while there is no legal framework, they will refuse to allow it,” he said.

Merlo cited Overdrive.com, the digital ebook distributor, which has around one million titles available and is growing both its catalog and in popularity.

“Sooner of later we need to be reasonable with these themes because, from the point of view of both publishers and institutions, the arrival of the ebook and digital platforms represents a huge opportunity, both for business and for the dissemination of books,” Merlo said.

As far as libraries are concerned, “we need to advance the concept of the library as an institution that stretches itself to offer more and more services to users, either on its physical or virtual premises, and a library should also consider publishing books, which would complete the whole process of generating knowledge,” according to Ernesto Priani, a Mexican professor of medieval and Renaissance philosophy at the National Autonomous University of Mexico (UNAM), and developer of the Digital Library of Thought in Colonial-era Mexico.

Priani explained that, in all the UNAM’s libraries, ebooks are only available for consultation in-situ, defeating the object of the digital edition as being a portable book and reducing the institution to a mere reference library, a situation that stems from publishers’ paranoia of privacy. However, the queues at the Xerox machines at any UNAM campus library are testament to the lengths students go to in order to be able to read at home.

While libraries make a one-off payment to publishers for books, and publishers settle the royalty payments with authors, the advent of ebooks raises the option of publishers and libraries negotiating a pay-per-borrow royalty system.

“Although the benefits that electronic editions generate are growing, from the point of view of libraries, we need to propose resources that preserve those benefits. A practical example of the problems that ebooks generate is Google Books, which is facing the problem of not having control over content,” Priani said.

“Ebooks create the possibility of a re-appropriation of the book and of generating new formats for libraries, and which should coincide with their need to attend to the development of social policies in Spanish-speaking countries, where the digital gap is still very wide,” he said.

“One example of how libraries are facing the need to change their formats is what students at the Philosophy and Letters Faculty at the UNAM are doing, sharing their personal book collections on Facebook, which reduces costs and allows them to gain access to the books they need. This doesn’t mean that they have created a library, but it is a valid option for accessing a specific area of knowledge,” Priani said.

Amid such changes, some things stay the same. In cash-strapped students’ quests for knowledge, the age-old book swap will remain a necessary reality, whether the books be digital or dog-eared editions, with the advantage of avoiding the long queues at the photocopier, not to mention the expense.