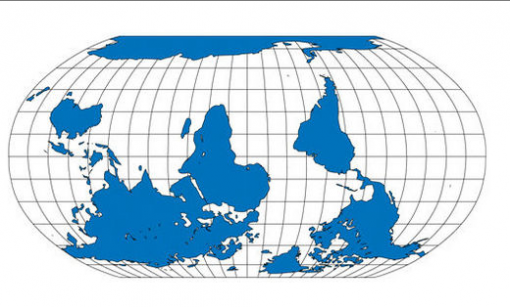 Octavio Kulesz will speak at the PublishersLaunch Frankfurt Conference on the topic of “What You Need to Know about Digital Publishing in the Developing World” at 1 p.m., October 8, Hall 4.2, Room Dimension at the Frankfurt Book Fair. Register for the conference here. I have been studying e-publishing in developing countries since 2009, when Ramy Habeeb (Egypt), Arthur Attwell (South Africa), and I set up the Digital Minds Network to informally exchange data. As digital publishers in the Global South, we didn’t feel that the US and European business models fully met our needs. Then, in 2011, the International Alliance of Independent Publishers and the Prince Claus Fund asked me to do a detailed study of the digital phenomenon in Latin America, Africa, the Arab World, Russia, India and China. Since then, I’ve continued to monitor digital publishing in the developing world.

It is difficult to provide figures on ebook penetration in these regions, for a number of reasons. The national statistics tend to be unstable — try putting together a books-in-print catalogue for the Arab World, for example. In addition, the idea of ebook penetration rates in relation to the publishing sector as a whole may be relevant for regions like the US and Europe, but is much less so for developing markets.

Indeed, when digital technology exploded onto the scene, the West already had a well-integrated “Gutenberg industry,” and the ebook was seen as an extension or migration of the printed book: so, there were “books” and then “ebooks”, “distribution” and then “e-distribution.” It is logical, then, that Michael Hart’s pioneering experiment was called Project Gutenberg and that Amazon, the current leader in digital sales in the West, started out as an online bookstore. In Spain, to give a European example, Libranda was created by the major print publishing houses.

In emerging markets, however, electronic versions don’t always appear as a second stage, but rather directly, without an analogue history. Numerous e-publishing portals in the East originate from video games, for example — as is the case with Shanda Cloudary. In Africa, physical books are thought of as printed ebooks — see Paperight — which inverts the typical Western sequence (1 = books, 2 = ebooks). Those are ecosystems whose flora and fauna may prove to be quite different from those we are used to.

That is why when it comes to emerging countries, instead of referring to just ebooks, it makes more sense to talk about digital publishing, including mobile books, online platforms, POD and digital educational content — in addition to ebooks, of course. If we just look at ebooks, we capture very little movement and risk losing sight of what is important: significant phenomena taking place, which must be measured quantitatively (turnover figures, number of publications) as well as qualitatively (social impact, underlying trends).

Emerging markets incorporate international models, at the same time that they put their own stamp on them — and the variety is huge. In Latin America, some major capitals with a strong publishing tradition (Sâo Paulo, Buenos Aires) tend to follow the book/ebook pattern typical of the West, but there are other interesting trends, such as the proliferation of online literature — still lacking a solid business model — or the public sector infrastructure and digital content projects. Brazil leads the way in the technological field, although for the rest of the countries in Latin America, the fact that they share a common language — Spanish — represents an advantage when it comes to thinking up electronic initiatives.

In India, reducing the digital gap is also state policy. Perhaps due to the profusion of languages—and therefore fonts — that is characteristic of the country, the public sector has opted for a tablet, instead of laptops with an analogue keyboard. Thus emerged the Aakash, one of the most ambitious technological projects in human history. Handing out 220 million tablets to students will be a challenging task, but if the initiative proves to be a success, in four or five years, publishing in India will be very different from the way it was, and already numerous companies and individuals are creating content for this device.

China as a Dynamic Hub

At the other end of the world, China is definitely the most dynamic hub in digital publishing. Chinese online literature is showing signs of extraordinary vitality, with portals like Qidian or Hongxiu — both under the aegis of Shanda Literature. The company’s almost 2 million authors, 6 million titles on sale and tens of millions of active readers are another indicator that in China digital reading and writing have reached the masses and are becoming big business. The country offers powerful platforms, an enormous volume of content and an unrivaled mass of customers: to mention just one comparative statistic, there are as many 3G Internet users in China today as there are inhabitants in the United States.

It has been quite apparent for years that the big Western players — Amazon, Apple, Google — encounter certain difficulties when it comes to gaining a foothold in these regions. As examples: in China, Amazon has captured scarcely 1 or 2% of domestic e-commerce; in Russia, the online search leader is not Google but Yandex, with 62% of the market; in Sub-Saharan Africa, Apple’s presence is completely marginal. I think that nowadays a foreign publisher has more chance of selling an ebook in, say, Argentina through Bajalibros than through international stores.

The situation can always change, but at present the most reasonable strategy for publishers interested in entering these markets would be to: 1) try to understand the digital logic of the country — main public and private actors, devices, means of payment, taxes, business and cultural traditions and 2) form an alliance with local players.

Many developing countries display changeable economic contexts, with fluctuating currencies, inflation, unexpected regulations and other obstacles that American and European publishers are not accustomed to. Even countries that now appear to be stable from the macroeconomic point of view can cease to be so overnight, as has so often happened in Latin America, for example. Underestimating these challenges can prove fatal. However, a well-judged strategy can open the doors to substantial digital markets, such as the educational sector in India and Brazil. The opportunities in this area are enormous.

The lessons learned from publishing in the developing world may be fruitful not just for projects implemented in those regions but also for initiatives carried out in Europe and the US. There are numerous multicultural communities from the Global South in the West, and something tells me that if we publishers could take into account the “digital grammar” in force in the country of origin, perhaps we might be able to reach this particular public more effectively — no matter where in the world they happen to live.

Octavio Kulesz is the director of Buenos Aires publisher Editora Teseo and Alliance-Lab.