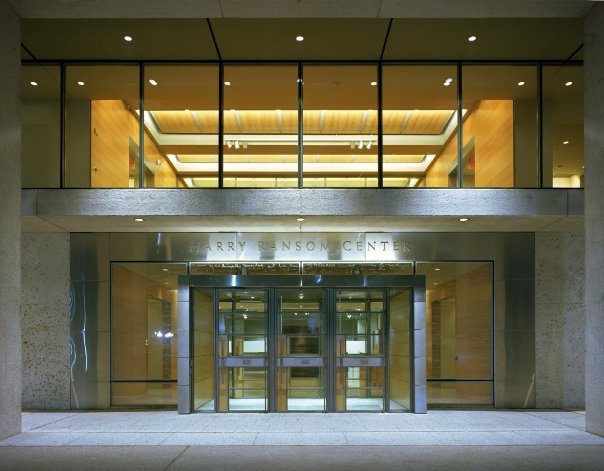 In late July, the Harry Ransom Center at the University of Texas at Austin acquired the archives of McSweeney’s, the often cheeky journal and publisher founded in 1998 by the writer and editor Dave Eggers.

It was a seemingly unusual acquisition for the Ransom Center, which has gained international renown as an institution by buying the archives of literary stalwarts like Isaac Bashevis Singer, Norman Mailer and Don DeLillo, whose reputations had been established for decades.

“one can’t wait until someone is in their 80s to hope to recover a record of what they were doing in their 30s.”

But in the 21st century, a shift to younger writers makes sense. “With the digital age, we’ll see relationships happening between the Ransom Center and writers earlier in their lives, before they’ve entered the canon in any fixed way,” said Stephen Enniss, who took over as the director of the Ransom Center on September 1. “This is particularly important when trying to capture digital material, since one can’t wait until someone is in their 80s to hope to recover a record of what they were doing in their 30s.”

A recent story on Morning Edition on National Public Radio noted the challenges as well. Walter Isaacson is following up his biography of Steve Jobs with a look at the earliest days of personal computing, but noted struggling getting the material he wants from some of his interview subjects: “They have a lot of great memories, but I couldn’t really extract the emails from them,” he said.

D.T. Max, who used the Ransom Center’s archive of the late author David Foster Wallace in researching a recent biography of the author, pointed out that he was able to search Wallace’s email, but there were still several that he’d heard about, but were lost to the ether.

Max’s advice to biographers, says NPR, is get some training in computer forensics before you start your research.

Though many believe that physical archives are less valuable in an age when digital reproductions are widely available, the Ransom Center’s Dr. Enniss as well as former HRC director Dr. Thomas F. Staley argue that engaging with the original documents offers a more intense experience. “For starters, marginalia don’t always reproduce well,” Dr. Enniss said. “It was true in the microfilm era, and it’s true in the digital one.” Dr. Staley agreed, referring to the German philosopher and archivist Walter Benjamin, who described the “aura” and transcendent “authenticity” of a manuscript.

“To touch and see the script, the scribblings and false starts and then what came out as the book,” Dr. Staley said, “you can see the whole trajectory of the author’s imagination.”

Others question the utility of the often pedestrian web of e-mail and social media postings that are now the ubiquitous means of communication for young writers. “Currently, the research demand is not there,” Dr. Enniss said. “But it is necessary to capture it in anticipation of research. What use it will be made of is for scholars to answer.”

Authors, of course, will likely be pleased with the trend, as this may mean an earlier pay day for their life’s work. Desirable archives can command tens, if not hundreds, of thousands of dollars on the market as the competition to acquire top tier archives has escalated as more and more universities get into the game. It’s not so unusual to see the University of Texas bidding against Yale, Harvard, Emory, Indiana, or the New York Public Library for a hot writer. (And, as often as not, it’s Glenn Horowitz behind the deal.)

As for the McSweeneys’ archive, the acquisition is as tactical as it is practical, as it establishes a defacto relationship with several authors who have contributed to McSweeneys’ and that the Ransom Center might like to acquire in the future, such as Michael Chabon and Zadie Smith.

Then again, in an age where information is expected to be free and blog posts and tweets crowd out personal letters and diaries as a means of personal expression, whose to stop some enterprising young Web entrepreneur from archiving authors’ public digital ephemera all on their own?

This article draws on material that originally appeared in a different form in the New York Times.