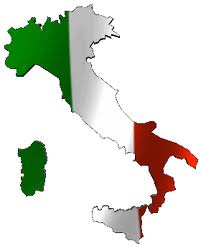 In the second of a regular series, IPR License looks at what’s happening in a number of key publishing territories around the world.

Italy: You Need to Get the Pricing Right As far as Italy is concerned, women’s fiction is selling quite well through authors such as Isabelle Allende and Simona Sparaco, with the current best seller being The Light Between Oceans by M.L. Stedman. Unlike some other markets there is not much erotica, despite the success of Fifty Shades of Gray, with fiction and memoirs related to World War II continuing to sell well.

In addition, the market is opening to new adult fiction, with acquisition of the translation rights of best-selling self-published books, mostly from the US. The market has slowed down acquisitions-wise with advances also lower than they used to be with most publishers cutting their lists and being very selective.

The Italian market is still based mainly on printed books. But some publishers are starting to experiment in line with some of the big American publishing companies such as Random House and Grand Central i.e. publishing genre fiction as e-books only, at least in the beginning, with the option of printing the most successful titles. The titles in these series will typically be for readers in their twenties to early forties, who have easier access to digital technology.

Publishers in Italy are struggling to keep the prices of books as low as possible as readers have less money and they are looking for forms of relatively cheap entertainment. An example is Lucinda Riley. Her first novel sold well as it was published by Giunti in paperback original. The second novel did not sell as well because the author’s agent wanted Giunti to set a higher price point. Then, Riley decided to retain the rights to her third novel, and allowed Giunti to publish at a lower price and the book is selling well. Getting the pricing right remains key to selling volume in the Italian marketplace and this is something that will continue for the foreseeable future. The South African publishing and book trade community certainly have their own challenges here at the southern tip of Africa. Book stores have had a tough time with two factors influencing sales: ebooks and the current state of economic affairs. In terms of publishing, it is important to understand the state of growth and change in South Africa with the specific emphasis placed on the importance of training sponsored by the government. Historically, educational publishing did exceptionally well and is most probably still the best area to position yourself — provided  you are able to have a slice of the tender cake.

Kejafa Knowledge is as publisher and book trader established in a niche market — agriculture — and is positioned to capitalize on the growing number of new farmers entering the market. We focus on the uplifting of skills and hands-on knowledge. Ebooks in this market remains a challenge and are still a long way off. This is especially true when you look at the whole of Africa. We have established our own network of retail points in a non-traditional book selling environment with great success. With the growth and the popularity of our bookshelves throughout the rural areas and even in stores close to city proximity, readers have proved that the possibility exists to take books directly to the reader, rather than to wait on them to come into the city or browse the internet. Our philosophy is “books everywhere.”

Publishing and book trading in South Africa cannot be underestimated and we will certainly be interested in assisting publishers and traders from abroad to get a better understanding of books in South Africa. The sales may vary compared to other countries, but it is a market that should be explored more progressively, especially with the continued demand for knowledge and literacy.

IPR License is the global, digital marketplace for authors, agents and publishers to list and license book rights. See www.iprlicense.com or email info@iprlicense.com for more information.