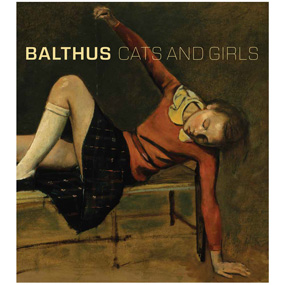 You’ve been to your favorite art museum to see a major exhibition. On your way out, you stop at its gift store to pick up an additional book or two on the artist and his work. But as Michael H. Miller writes in Gallerist, what’s available may not be all that’s really available on that artist, much to the dismay of major publishers.

Miller examines a dispute between New York City’s Metropolitan Museum of Art, which is opening a show on the artist known as Balthus, “Balthus: Cats and Girls,” and Dalkey Archive Press, whose book, Balthus: A Biography, by Nicholas Fox Weber, is being reissued this week on September 25th, the day the exhibition opens. And as it turns out, the Met, “despite Dalkey’s supposed efforts, will not be stocking the biography” (the only major biography of the artist in print) in its bookstore.

While Miller points out that Balthus had long-running disputes with the exhibition’s curator, Sabine Rewald, disputes that are well-documented in Weber’s book, (and which undoubtedly played no small part in the museum’s decision) when asked about the decision not to carry the book, a Met spokesperson said, “[M]ost biographies of Balthus are currently out-of-print, including Balthus: A Biography by Mr. Weber.”

But according to Miller, Dalkey’s founder and publisher, John O’ Brien, had asked Knopf to speak to the Met on his behalf about selling the book. “The word came back that the Met would not be ordering any copies,” Mr. O’Brien told Miller in an email. “I had high hopes for such an order since I was releasing some copies of the book early in order to have them available in relation to the exhibit.” …and the book in question.

When the Met was reminded of that, a spokesperson said:

“When the exhibition shop was being planned this summer for “Balthus: Cats and Girls”, the 1999 biography by Nicholas Fox Weber was out of stock and unavailable. Also, as I mentioned in my email yesterday, most biographies of Balthus are currently out of print. Since our exhibition shops are intended to carry products directly related to our exhibitions, and since part of the museum’s mission is to publish new scholarship from our curators in conjunction with their exhibitions, the Balthus: Cats and Girls exhibition shop will carry, first and foremost, the catalogue created by the Metropolitan Museum to accompany the exhibition.”

This is, as an editor at a major publishing house told Miller, a “common disconnect between mainstream publishers and museums. Museum bookshops are often approached by publishers with art-related books that they wish to sell and are turned down so as not to compete with the sale of exhibition catalogues, which museums put a lot of money into producing and have more at stake in selling.”

And it’s not the first time that one of Weber’s books has been involved in a dispute with the Met bookstore. “In 2007, Knopf published Mr. Weber’s book about the art collector Edward Cabot Clark and his brood, The Clarks of Cooperstown, to coincide with an exhibition about the family’s collection at the Met. The New York Times reported at the time that Mr. Weber had ‘knocked himself out to finish writing in time for the exhibition because, he said, the museum had agreed to carry his book in its store.’ The book was not initially stocked at the museum, as Mr. Weber’s editor, Victoria Wilson, told The Times, because of the books depiction of 19th century homosexuality. The Met eventually backtracked and stocked the book.”

So tell us, what do you think? Are museums deliberately refusing to stock publishers titles in order to favor their own exhibition catalogs? Or is it a question of taste, with museums retaining the privilege of curating what they choose to sell in their shops in such as way that it reflects well on their exhibition? Does Dalkey have a valid complaint or is it the proverbial tempest in a teacup? Let us know what you think in the comments.