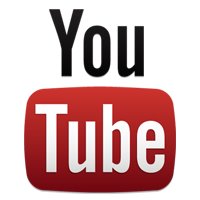 LONDON, England: Something is happening out there and publishers should take note.  YouTube’s fifth Summer in the City (SiTC) festival took place in London last weekend (17–18 August) and revealed both a worry for the traditional gatekeepers of the industry — but surely a huge opportunity too.

If you haven’t been to such a YouTube event, you should try and catch one.  For anyone over 30, even over 25, it’s like lifting up a flat stone in the garden and seeing all this life underneath that you didn’t know existed, or perhaps only had a vague notion of, and thinking ‘Jeez!  What is all this?  I had no idea…”

SiTC sees the leading You Tubers – people like the twins Jack and Finn of JacksGap from the UK, Tyler Oakley from the US, Caspar Lee from South Africa, as well as the comedians, the vloggers, the pranksters, the bedroom guitarists, the bands, the film-makers, the beauty gurus like the UK’s Sprinkle of Glitter, Zoella and Tanya Burr – all coming together in one giant centre to hold “meet and greets” (essentially a hug and a “selfie-style” pic) and take part in panels on animation or film-making or taste and decency that are remarkably similar to panels at book industry conferences, only here the average age of the audience is 16 years old and the people running the event are all 25 years-old, tops, and many of them are younger.

A Gathering of the Young

These gatherings are fabulously — almost disconcertingly — young, and full of the good, positive energy that comes with that. They are superb for people watching. There is lots of colored hair, a fair few Goths, a few emos, a handful of Jack Black-like geeky teenage boys wearing raincoats even though the weather is sunny, some funky T-shirts, lots of shoulder bags covered with badges, and scores and scores of fangirls talking ten-to-the-dozen about who they’ve seen and who they’ve been photographed with, many of them clutching autograph books which they have decorated at home with “Summer in the City” lovingly picked out in glitter. It is touching to see.

People walk around offering “Free Hugs.” It’s a little like a rock festival but also reminiscent of all those famous Harry Potter midnight openings at bookshops, where young teens would turn up with “Harry rocks” written in lipstick across their foreheads.

SiTC began with just 150 people in a London park in 2009. Last weekend there were 7,000 people at north London’s Alexandra Palace, and it seems likely that they could have filled a larger venue. Alexandra Palace, or Ally Pally as it is known to Londoners, is the grand Victorian exhibition hall from which the first high definition television pictures were transmitted by the BBC in 1936. It seemed appropriate — that was the early days of what was then new technology, just as YouTube is today. It’s easy to forget that YouTube hasn’t had its tenth birthday yet. The listed BBC tower still stands, its history recorded in one of the capital’s famous blue plaques.

So what is the worry for publishers presented by this happy gathering? Simple. Here you have a highly literate, sophisticated audience that has grown up in a house where there are almost certainly some books, whether Kindle or print and probably both, but who are now engaging with a mass of free content that entirely bypasses the traditional routes, whether they be the Penguins of this world or the major TV channels.

In the same way that writers are taking the self-publishing route and cutting out traditional houses, so these performers are not bothering with the mainstream TV channels, but just posting away and letting the audience decide.

And what an audience. The subscriber figures for some You Tubers’ channels are extraordinary. Jack and Finn’s JacksGap site has 2.5m; Zoella has 1.8m; Tyler Oakley has 1.5 million; Casper Lee has 1.2 million; Tanya Burr has 1.1 million; and Sprinkle of Glitter has 600,000.

Here, of course, is where the opportunity lies. It may not have been the most scientific piece of market research, but I approached numerous teenage girls at the event and asked them: “If there was a book called Sprinkle of Glitter’s Guide to Life, or ‘Life According to Tyler’, would you buy it?” And they all said yes. (Needless to say, for my 15-year-old daughter this was a serious HNMD moment — He’s Not My Dad).

Jack and Finn are insanely popular and are practically mobbed. It’s not quite One Direction, but at times if feels as if it could go that way. At their Q&A panel, girls were holding up large notepads with ‘I love you’ scrawled in felt pen. One girl fainted and had to be carried away.

Now, all of this is simply the 2013 version of the Beatlemania/Donny Osmond/David Cassidy obsessive fan behavior that each generation sees.  But it does seem as if there is a massive opportunity for publishers here and one that, to my knowledge, no one has yet exploited (apologies if, at this very moment, some projects are being discussed).

Jack and Finn used SiTC to announce their forthcoming charity “tuk tuk” ride across India for the Teenage Cancer Trust. Surely this should also be a book as well as video posts. Surely there are openings for a whole range of titles from You Tubers, titles that would contain exclusive material, that could only be found — yes, let’s say it — in printed form.

As a curious footnote, it’s worth adding something that even the most obsessive Jack and Finn ‘fangirls’ don’t know.  The twins’ grandfather is none other than the distinguished novelist and playwright Michael Frayn whose last novel Skios (Faber/Picador US) was long-listed for the Man Booker Prize; their aunt Susanna Frayn is Communications Manager at HarperCollins. These boys are well-connected.

Will Publishers Be Left Behind?

But here perhaps we have a final worry. Why would any one of these performers necessarily want to put their name to a book? Do they need that validation? Do they even consider a book a validation? When 2.5m people are watching your YouTube channel every week, isn’t that enough?

The worry for publishers is that they may be left behind. Where is their cool factor in this new world? Yet surely there is potential book audience here.  Speaking as someone who was at the event with a modest amount of money to spend, it was disappointing not to see a title for sale called YouTube Connected or YouTube Collected, or some such — something that profiled all the YouTubers in one place, with photos and boxed items and cool lay-out and exclusive material. I would have bought it straight off — and perhaps made up for any embarrassment felt by one teenage daughter.