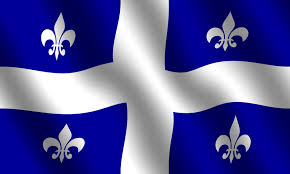 CTV News reports that the Parti Quebecois government is “floating a plan to regulate the price of books in order to save small bookstores.”

One scenario currently under consideration would “see all books in Quebec, whether sold in an independent store, online, in a large chain or as an eBook, all be sold for approximately the same price.”

Culture Minister Maka Kotto has launched a parliamentary commission to study the matter, which is scheduled to begin hearings today.

Independent bookstores, who have seen their market share drop from 35 percent in 2006 to 28 percent in 2010, as well as the Union of Quebec Writers (UNEQ) support the idea of regulation, and have launched a publicity campaign called Nos Livres a Juste Prix (Our Books at a Fair Price) to win support for the proposal.

“Without regulation, the book trade in Quebec will eventually fall into the hands of an oligopoly consisting of three or four multinational companies,” said Pascal Chamaillard, president of the association of exclusive distributors of books in French (ADELF) on the campaign’s website.

Not everyone is in favor though. As the National Post reports, Vincent Geloso, an economics lecturer at HEC Montreal and associate researcher with the Montreal Economic Institute, who is scheduled to testify on Wednesday says, “This one strike me as one of the most insane policies we’ve ever discussed – ever.”

Geloso argues that regulation will not help struggling bookstores, but will, in fact, actually hurt them.

“Prices going up, people will consume less. If you look in other countries, if you hike prices by 1%, people reduce their consumption of books by more than 1%.”

The economist’s argument is this: There are two types of consumers, those who don’t read all that often and who only pick up books when shopping at big box stores like Wal-Mart or Costco and will simply purchase other things if book prices go up, and consumers who are avid readers and will simply start buying their books where they can find lower products, such as online from the United States.

Indeed, the National Post reports that in a poll of 1,000 Quebecers conducted this year by Leger for the Montreal Economic Institute, 29% of readers reported that they would buy fewer books if the average price of books went up, and nearly two thirds of Quebecers are opposed to price regulation.

“It’s a really bad policy. I just have no words to describe how terrible this policy is,” Mr. Geloso said.

And even some independent bookstore owners are opposed to price regulation. Shelf Awareness quotes Guy Dubois, owner of La Maison Anglaise, Quebec City, who called the move a Band-Aid solution: “Everyone will find a way around this. You cannot control what is happening on the Internet. You can buy books from anywhere in the world, so even if you put laws here, it won’t stand.”