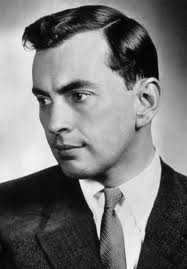 As a cultural marker, as a way of seeing what a society is thinking about and interested in at any one particular time, The New York Times Bestseller list is as good a place as any to start. And two very different authors writing thirty years apart have given their own very different spins on what the list meant.

In 1973, Gore Vidal wrote a two part essay for The New York Review of Books, looking at the top ten bestsellers according to the Sunday New York Times as of January 7, 1973.

The list for that week included Two from Galilee by Marjorie Holmes, The Eiger Sanction by Trevanian, The Winds of War by Herman Wouk, The Persian Boy by Mary Renault, August 1914 by Alexander Solzhenitsyn, The Odessa File by Frederick Forsyth, and at number one, Jonathan Livingston Seagull by Richard Bach. Vidal’s perspective was that “most of these books reflect to some degree the films each author saw in his formative years, while at least seven of the novels appear to me to be deliberate attempts not so much to re-create new film product as to suggest old movies that will make the reader (and publisher and reprinter and, to come full circle, film-maker), recall past success and respond accordingly.”

On The Eiger Sanction: “…it is sometimes well-written, though hardly, as the blurb tells us ‘vintage Huxley.’ Actually The Eiger Sanction is an Ian Fleming byblow and of its too numerous kind pretty good. Fleming once remarked that he wrote his books for warm-blooded heterosexuals. I suspect that Mr. Trevanian (Ms. Trevanian?) is writing for tepid-blooded bisexuals…”

On The Winds of War: “The films “Since You Went Away” and “The Best Years of our Life” come to mind; not to mention all those March of Times in the Trans-Lux theaters of the old republic as it girded itself for war. But for all Mr. Wouk’s idiocies and idiosyncrasies, his competence is most impressive and his professionalism awe-inspiring in a world of lazy writers and TV-stunned readers. I did not in the least regret reading every word of his book, though I suspect he is a writer best read swiftly by the page in order to get the sweep of his narrative while overlooking the infelicities of style and the shallowness of mind.”

On The Camerons by Robert Crichton: “Of all these books this one is closes to the movies. The characters all speak with the singing cadences of Burbank’s “How Green Was My Valley.” Another inspiration is “None But the Lonely Heart,” in which Ethel Barrymore said to Cary Grant, “Love’s not for the poor,’ son.’ Mr. Cameron plays a number of variations on that theme, among then ‘Love, in everyday life, is a luxury.’

One reads page after page, recalling movies. As always the Mirror Scene. The Food Scene (a good recipe for finnan haddie.) There is the Fever Breaks Scene (during this episode I knew that there would have to be a tracheotomy and sure enough the doctor said that it was sometimes necessary but that in this case…)”

And now there’s a fresh take. At the New York Daily News’ Page Views, Lauren Sarner took her own look at the current list of NY Times bestsellers, but from a very different perspective:

“Let’s say I spent the last few years stranded on a desert island and am only just now getting back to civilization.
Now that I’m back, it’s a bit jarring. Society has gone on without me, and I’m feeling a little lost. So I took a look at the current New York Times Bestseller list–as it is today, right now — to try to understand where our culture is right now. Because nothing shows the state of our collective mindset like the imaginary worlds we chose to lose ourselves in.”

1. The Cuckoo’s Calling by Robert Galbraith (aka J.K. Rowling)
What this entry on the list leads me to conclude: the general public has had a sudden surge of interest in surly protagonists, a series of disgruntled and even surlier side characters, and detective stories involving fame and corruption. They also quite possibly expect Hogwarts to lurk within the pages, despite many assurances to the contrary. So, what this tells me about our culture is that we want to go back to Hogwarts and we don’t accept that it’s over. I’m with you on that, general public.

2. The Redemption of Callie and Kayden by Jessica Sorensen
What I can draw from this: we will never, ever be able to escape stories of tortured love. Just when you think the trend is gone, there will always be another one. Like the killer in a slasher movie, like the relentless moaning, brain-eating mobs in a zombie movie; just when you think you’ve finally got them, they’ll rise up again.

3. Complete Me by J. Kenner
What this leads me to conclude: jumping aboard a trend that has been commercially successful is also a staple of human culture and always will be.

In this case, an almost absurdly specific trend: A young, domineering billionaire with a dark past meets girl. Smoldering looks ensue between the two of them, then an unfortunate amount of references to girl’s nether regions jumping for joy in response to each smoldering look from the man, then mildly quippy dialogue, then stalker behavior on the man’s part and reluctant caving on the girl’s part. Finally, they jump into bed (but don’t forget the handcuffs and rope). Add in a sprinkling of misunderstandings and the inevitable moment when the man’s dark past is revealed; rinse, and repeat.

4. Three Little Words by Susan Mallery
See the above two, except a bit more influenced by 80s movies with Julia Roberts or Meg Ryan in them.

Read all of Sarner’s piece here.