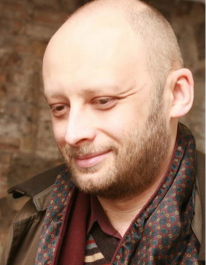 “The market is saturated with Russian literature.” The government of Ukraine has approved a new program to invest some 500 million hryvnia (USD $61 million) to bolster reading, publishing and bookselling, beginning in 2014 and lasting through 2018.

Like several countries in the region, the Ukraine has witnessed a decline in the interest in reading, shrinking bookstore shelves and reduced output from publishers. Currently, the per capita production of books in the Urkaine, which has a population of some 46 million, is estimated at 1.4 books per citizen, which is significantly lower than in the EU and Russia.

The program will monitor reader demand and support the promotion of books and reading on TV and the mass media. There are also plans to provide funds for the modernization of the country’s leading state printing companies, as well as to create conditions for the expansion of the country’s book distribution network, and to increase involvement of national publishers in international book exhibitions.

In addition, support will be offered 200 individual publishing projects that will be entirely totally funded from the state budget.

Russian Imports are a Problem Alexandr Krasovitskyy of Folio publishing house: “The market is saturated with Russian literature.”

Among other measures being considered is the possible introduction of 5% import duty on imported books and printed materials, as well as the introduction of a requirement for bookstores to source at least 50% of their book stock from local publishers.

In 2012, the volume of book imports to Ukraine hit $39.5 million in value, but at present, books are not subject of import duties. According to some local officials, this has lead to increased imports, which have in turn pushed books from Ukrainian publishers and authors off the shelves.

According to Alexander Krasovitsky, founder of Folio, one the largest Ukrainian book publishing houses, the main culprit is Russia. “The market is saturated with Russian literature,” he said.

Alexander Afonin, CEO of the Ukrainian Association of Publishers and Booksellers, concurred. “The market is swamped by imports, and mainly from Russia, which supplies 90% of books to Ukraine,” he said. “However in recent years imports from Europe and the US have also started to increase. Currently the majority of the EU and the US imports account for education titles, while Russia mostly specializes in the supply of entertaining books of poor quality.”

According to Aleksey Kononenko, director of publishing and the press of the Goskomteleradio — the Ukrainian state television and radio company and the country’s largest media holding — the current situation in the Ukrainian book industry remains extremely complex, which is reflected by the fact that of the 5,400 officially registered publishers, manufacturers and distributors of books in Ukraine, only 400 companies are truly active in the market.

Kononenko added that the biggest challenge lies with distribution and the country’s lack of any state-owned book trade chains. However, he believes, successful implementation of the governments program for book promotion should help to remedy the situation.