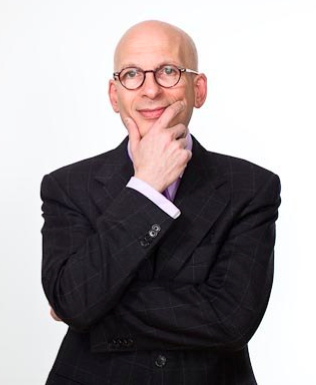 Seth Godin credits Amazon with ushering in a “golden age” for books.

At The Domino Project, founder Seth Godin writes that what we’re seeing today is “the end of the independent bookstore (and a new golden age for books).”

After pointing out the extraordinary influence that the Book of the Month Club had in shaping what America read in the years immediately following World War II, Godin celebrates the way in which bookstores took over and capitalized on its role when the Club began its inevitable decline.

“Here’s the magic formula for a successful bookstore industry. Every month, a few new hardcover books are hand-sold, recommended by the local store.” (Taking over the role of the BOMC). “A few catch on and become bestsellers. Within its own cultural pocket, each book becomes a must-read, with the only source being the full-price local bookstore. The result? With a 40% profit margin and full return privileges, the local store can thrive. They don’t need to carry every book, just the books that sell. And in the early 1960s, it wasn’t unusual for a book to be a bestseller for a year or more.”

But then along came Barnes and Noble. It carried a lot more inventory than the average independent bookstore, but it needed customers, so to get those customers in the door, it began offering books that made the Times bestseller list at 40% off (basically at cost). It was, “a nuclear bomb for the independent seller”:

“Suddenly, their core source of profit was in danger. Barnes and Noble was able to make juicy profits on the other stuff you’d buy in the store, and aided by the Times list, the bifurcated the market. Most people, most of the time, bought only the books on the bestseller list (the average American was buying and reading just a few books a year), but that’s okay if you’re the dominant player in town.”

For Godin, Harry Potter was the last gasp for many independent booksellers. Although they were the ones who discovered and helped make the book “following their tried and true hand-selling approach,” it was Barnes and Noble (along with the big box stores) who got the lion’s share of the nearly one hundred million dollars in bookstore earnings.

Today, of course, Barnes and Noble is no longer the source of all evil facing independent booksellers – in the eyes of many, that role has been taken over by Amazon. But as Godin admits, “If you love books, it’s hard to see Amazon as a villain. More books sold to more people for more reasons than any other retailer in history. More cross-selling, hand-selling and up-selling too. The web pages of Amazon, on average, are better informed than many bookstore clerks.”

Even so, even if Amazon “is the final nail,” Godin says that “Great independent bookstores deserve to thrive, and I hope they will. But they won’t thrive as local substitutes for Amazon. They will make it if they become hubs, connectors, and gift shops. The book-as-gift concept is just now entering an important stage, and we don’t have to dumb down our local store to get there.”

And one author who is doing his best to help with that concept is Jamie Ford, who made the following offer on his website:

“I love bookstores. I love them. So to support fine bookstores everywhere, I’m giving away an exclusive short story to anyone who boldly ventures into their local bookery and pre-orders Songs of Willow Frost (or pre-orders online from an honest-to-goodness brick-and-mortar bookstore).

“Just text me a pic of your receipt or order confirmation, or heck—just send me a photo of you smiling with your friendly neighborhood bookseller and I will be delighted to email you a copy of Middle, Lost, and Found, a 7,000-word tale featuring Mrs. Beatty from Hotel on the Corner of You Know What. (And if you include a mailing address I’ll also send along a signed bookplate).

“You can text images and contact information to (951) 750-9419 or email your information to me at bookstoresmatter@gmail.com. Name, address, the usual.

“Books are a physical record of the human condition. And people who maintain these records deserve our support. Though I’m somewhat biased because I met my lovely wife at the public library and later dropped to one knee and proposed in a bookstore. (You can’t do that on a Kindle).”

It is a solution? Probably not. But as Godin wrote, “Vilifying Amazon…makes no sense. More people can read and write more books today (eBook and print) than at any other time in history.

“I miss the magic of the local bookstore, but I would miss books more.”