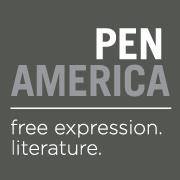 PEN America has announced the winners and runners-up of the 2013 PEN Literary Awards, called “the most comprehensive literary awards program in the country.”

Among this year’s winners:

Katherine Boo, Behind the Beautiful Forevers (Random House), PEN/John Kenneth Galbraith Award for Nonfiction, for an author of a distinguished book of general nonfiction possessing notable literary merit and critical perspective and illuminating important contemporary issues which has been published in the United States during 2011 or 2012.

Robert Hass, What Light Can Do (Ecco), PEN/Diamonstein-Spielvogel Award for the Art of the Essay, for a book of essays published in 2012 that exemplifies the dignity and esteem that the essay form imparts to literature.

Amy Goldman Koss, The Intake Office, PEN/Phyllis Naylor Working Writer Fellowship, for an author of children’s or young-adult fiction, who has published at least two novels, to complete a book-length work-in-progress.

Michelle Markel, The Fantastic Jungles of Henri Rousseau, (Eerdmans), PEN/Steven Kroll Award for Picture Book Writing, to a writer for an exceptional story illustrated in a picture book published in 2012.

Molly Weigel, The Shock of the Lenders and Other Poems by Jorge Santiago Perednik (Action Books), PEN/Award for Poetry in Translation, for a book-length translation of poetry into English published in 2012.