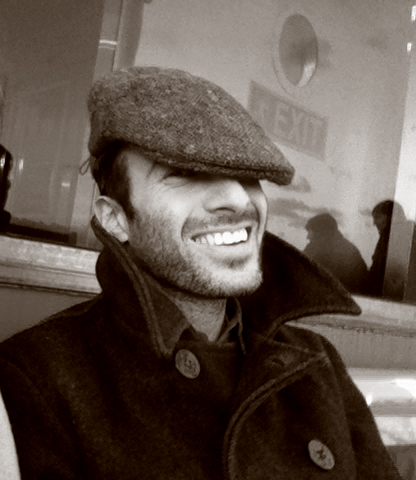 Saint Jerome, patron saint of translators, was known for rendering the Hebrew Bible into Latin in gorgeous and faithful prose. “Deus misereatur,” he might mutter today, were he to overhear the latest talk of the publishing town. Americans don’t read literature in translation.

But then, if Saint Jerome were to put down his reed pen and do a quick internet search, he’d find lots of interesting things, little Jeromites everywhere, multiplying in their efforts to spread words (though not necessarily The Word) across cultures. To cite some examples: New Vessel Press, of which the author of this article is co-founder, along with Michael Z. Wise, is one of those new publishing houses specializing in translations. We take a general approach, with six works in our first year, chosen from three continents. All of our books are available in ebook and print.

There are others: Frisch & Co, founded by E.J. Van Lanen has a unique partnering model with foreign publishers to produce translations of contemporary literature, and though they publish in English, they’re based in Berlin — and they’re all e.

Will Evans, the man behind Deep Vellum, is very consciously running a Dallas-based cultural-center-cum-publishing-house, hoping to establish his city as a hub for literature in translation, and taking advantage of his proximity to and kinship with Spanish-speaking neighbors. Deep Vellum’s first title, which they’ve announced on their blog, is a novel called Mexico, by Mexican author Carmen Boullosa.

And there’s Ox and Pigeon, the brainchild of three friends down in Lima, Peru. One of those, Jason Curran, summed up the journal—and a broader mindset in general — in a blog post he wrote for the website The Appendix in May of this year: “When Ox and Pigeon was an idea without a name a couple of years ago, our goal was to provide English-reading audiences with high quality translations of stories and novels they’d not previously had access to. When we finally stopped talking about it and decided to try it out, we chose to publish these new translations as ebooks because we love the flexibility of the format and its potential as a complement to traditional print books and journals.”

And on that subject, one can’t get across the room without mentioning those presses who are no longer upstarts, but who continue to champion translated literature with a vengeance and a courage: Words Without Borders, publishing translated lit on the web for ten years and opening the eyes of hundreds of thousands of readers to hundreds of new writers.

Or Open Letter. Or Melville House Or Europa Editions. Or Archipelago. Or older houses like New Directions Or Pushkin Press. Or in short, there are a growing number of houses — houses in the way that Americans used to speak of houses, places that had personality, and guts, and a human face — willing and eager to take on the world’s best literature.

More genre-focused publishers exist as well. 280 Steps, who take their name from a Raymond Chandler novel, are a publisher so young they haven’t even announced any titles yet, though that’ll come soon. They specialize in crime fiction, as one might assume given the provenance of their name. And then there’s Le French Book, with e-book offerings in French thrillers, crime novels, and self help books. One of their titles is Daring to Desire: What Your Mother Couldn’t Tell You About Sex — how French.

This is by no means a comprehensive list. For every Knopf that gets swallowed by a Random House, and for every Random House that subsequently merges with Penguin, there’s some tiny soul out there willing to cut a path through the thicket of Babelian blur and find the masterpieces. And bring those masterpieces to English-speakers.

That some of these publishers are so new they haven’t yet released a title shouldn’t be taken as a discredit. In fact, what says more in an argument about death than birth? The point is, there’s variety here, and there’s lots of change. Some of the books might be high literature; others may be popular titles. Some of the publishers we will be hearing about tomorrow; others might not make it through the year, perhaps. But one thing is certain: there are more people paying attention to translation and trying innovative ways to publish than there has been in a long time. The numbers speak for themselves. From 2008 to 2012, there was a twenty-six percent increase in the number of translations published in this country, from 360 to 453.

And lest the naysayers pooh-pooh all this, and claim that translation can now only be the provenance of small, great-hearted presses, let us recognize the publisher who leads the pack in translations for this calendar year: Amazon Crossing, the imprint at Amazon Publishing dealing solely in translations. Amazon is many things; a house of alms it is not. Surely somebody sees a future.

But wait: now there’s an ornery voice complaining that the big translations, the ones that sell, are of a certain genre — from Roberto Bolaño to Stieg Larsson to Jo Nesbo, there’s lots of crime and spying here. No room for anything else. On that topic, let us heed the words of a man who came before us, one who studied some nine languages in his own lifetime. David Ben Gurion, former prime minister of Israel, once said this of his homeland: “When Israel has prostitutes and thieves, we’ll be a state just like any other.”

In the land of translation, we have our prostitutes and thieves, so let us be heartened. And, as Saint Jerome might say, Nihil Obstat. Imprimatur!