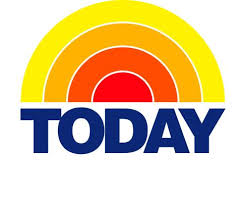 What’s old is new again. ABC’s “Good Mood Morning America” had its own “Read This” book club from 2002-2004. From 2008 until 2012, NBC’s “Today” ran a popular club for children’s books run by Al Roker. Now “Today” show introduced its own new monthly book club for adults, described by The New York Times as “a happy development for a publishing industry frustrated by years of shrinking television time devoted to authors.”

The show announced on its web site that, first up on the reading list is “The Bone Season,” the much-anticipated work by first-time novelist Samantha Shannon. A recent graduate of Oxford University, the 21-year-old penned this first installment of what will be a seven-part fantasy series to be published by Bloomsbury, while attending college. “So amazing,” Shannon told TODAY about being picked for the TODAY Book Club, “I just never imagined that it would get to that kind of level.”

The Bone Season, which will reach bookstore shelves on August 20, follows the story of a clairvoyant heroine named Paige Mahoney, who rebels against a totalitarian government and its supernatural overlords in a dystopian futuristic London. In this society, clairvoyance has been outlawed, and those with the gift are sent off to a secret penal colony.

Readers will have a chance to chat with Shannon on Monday, September 16 during a Google Hangout hosted by Natalie Morales. Simply sign up for the Hangout and subscribe to the new TODAY Book Club newsletter. Members can also read an exclusive excerpt of the novel on TODAY.com. In addition, fans can follow @TODAYsBooks for book club conversation starters and special free giveaways, tweeting insights and favorite quotes using the hashtag #TODAYBookClub.

The show’s selections, which will be chosen every four to five weeks, will sell complete with stickers on their covers indicating that they have been chosen for the club, and will include fiction and non-fiction; newly released titles as well as classics. And, perhaps not surprisingly, the Times reports that “publishers who had been briefed on the show’s plans said they were giddy at the prospect of a potential successor to Oprah’s book club,” which, “in its prime, consistently lifted books to instant best-seller status.”

David Drake, deputy publisher of the Crown Publishing Group told the Times, “The show has been a home for authors over the years, but many of the books featured on air are typically books that relate to the news in some fashion. A book club is going to give an opportunity for books that don’t normally get exposure.”

In fact, the book club’s impact is already being felt, according to Sara Mercurio, a spokeswoman for Bloomsbury, the publisher of The Bone Season, who said that orders from retailers for the book had roughly doubled since news of the book’s selection came out. “One can’t overstate the importance of a nationally televised book club,” Ms. Mercurio said. “I think it will have a huge impact on this book and on the publishing industry.”

And while some remain unconvinced that without the “passionate endorsement of a single person as beloved as Ms. Winfrey,” the “Today” book club can have the same impact on sales, there is general agreement that its impact will still be felt.

“There just aren’t television outlets that you can tune into on a regular basis and see authors,” Paul Bogaards, a spokesman for Knopf Doubleday told The Times. “Any media outlet that is willing to invest resources in creating a community of authors and their books is a win for our industry.”