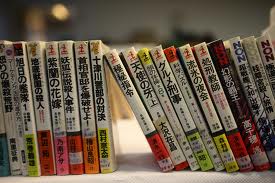 By Edward Nawotka and Dennis Abrams

The Japan Times reports that close to 70% of Japanese in their 20s prefer traditional paper to digital books, while less than 50% of those in their 70s feel the same way, according to a survey conducted by BookLive Co., an ebook arm of Toppan Printing Co.

The results, according to the Times, also suggest that more seniors are ready to switch to ebooks if they see a clear advantage to them, such as lower cost.

When asked what they want from e-books, 52.5% said low price. And among those who have already taken the leap into ebooks, 70.4% wanted to have a greater range of titles available.

But the statistics can be deceiving. First, the survey looks at ebooks — not manga and comics — which dominate the digital market. Japanese consumers turned to digital manga for a very good reason, and it’s not one you might expect: the most popular titles are typically published in print in large, thick compendiums. The book is cumbersome to read, particularly for a commuter. The emergence of the digital manga made it much more convenient and easy to read these very popular editions.

Other books, such as novels, on the other hand, are typically printed in small, light, beautifully produced pocket-sized editions (often on beautiful paper, I might add). The books are appealing and easy to carry and read. This, coupled with no particular price advantage (ebooks are typically priced at 70% to 80% of print prices) means that print still hold much of their appeal.

And let’s not forget that the largest Japanese publishers have a long history of holding firmly onto their stranglehold over distribution — and only relatively recently have begun to embrace the new, foreign ebook distribution platforms that have since moved in, a la Kobo, Apple and Amazon.

One can only surmise as to why exactly so many of those in their 70s show a preference for digital. One possibility may be that, as eyes decline, the ebook offers one distinct advantage over those small format print books: the ability to make the kanji bigger to read.