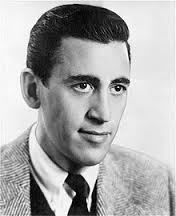 Reading the news in the New York Times earlier this week that as many as five new J.D. Salinger works may ready for posthumous publication, I was struck with a moment of wonder. Does the world really want more J.D. Salinger?

My 20-year-old, college-sophomore-self surely would. That was the last time I gave a lot of what believed passed for “deep thought” to Salinger. I suppose our tastes change and mature (after all, I had an Ayn Rand fetish back then too). At the time, I was also just then seduced by the work of David Foster Wallace (footnoted fiction…clever), who had developed something of a cult following in Boston, where I was studying and also working as a bookseller.

Today, I tend to think of Salinger and David Foster Wallace in much the same vein: both were writers whose seminal works preceded and predicted the epoch-changing zeitgeist that was to follow in a few years. As a result they came to serve as tastemakers for their generation, establishing the literary taste that their contemporaries would carry with them through the rest of their lives.

The voice of 1951’s The Catcher in the Rye is manages to be both simultaneously ironic and earnest, and Holden Caufield’s longing for authenticity—it is, if anything, the first true Beat novel. While David Foster Wallace’s Infinite Jest, published in 1996, is a perfect prose simulacrum of the Internet—albeit one written several years before the Web would radically transform the way we live. They were writers who are very much tied to their time, authors who so influenced the writers to come after them that they have all but been assimilated. With Foster Wallace — as brilliant a writer as he was — it’s hard to judge the true shape and form of what The Pale King might have become, how much of a reflection it is of its editor, Hachette’s Michael Pietsch. It did get shortlisted for the Pulitzer Prize, but surprisingly, the judges that year declined to award the prize.

One now wonders what impact the further work of J.D. Salinger will have on his literary reputation. And, honestly, does it really matter? Whatever is published will be forever overshadowed by his earlier work — one of the reasons Salinger stopped publishing in 1965 and opted for lifelong silence and isolation.

Posthumous publications have had a dicey track record. Over the past half-dozen years we’ve seen new publications from Vladimir Nabokov, William Styron, Graham Greene, Kurt Vonnegut, and Ralph Ellison, among others. None have been particularly memorable. Occasionally, though, one is surprised. This summer’s publication of the late David Rakoff’s Love, Dishonor, Marry, Die, Cherish, Perish was something of a revelation. The winning work — a book-length narrative poem spans a century of American life in a half-dozen chronological and linked vignettes — is quite unlike anything Rakoff was best-known for, primarily magazine-style essays or radio pieces for This American Life.

Now, what of Salinger? The The New York Times notes that Salinger’s new books are said to include: a “story-filled ‘manual’ of the Vedanta religious philosophy”; a story collection entitled The Family Glass, which revisits the characters from earlier stories; a short story collection called The Last and Best of the Peter Pans about the Caulfield family from The Catcher in the Rye; a novella recounting Salinger’s World War II service; and another novel about the author’s first marriage to a German woman he met after the war. None sounds quite like the “Great American Novel” — which was never likely his ambition — but at very least, given the span of time Salinger worked on them, one can expect the works will be complete.

So much for the elevator pitch. It’s not as if Salinger needs one: he remains one of the most popular authors in America, with The Catcher in the Rye routinely selling a quarter of a million copies a year, adding to the 35 million it has already sold worldwide (according to The Washington Post and The New York Times).

As along as we keep our expectations modest, it should all work out for the best. And who really knows, maybe, just maybe, we might be blessed with another masterpiece.