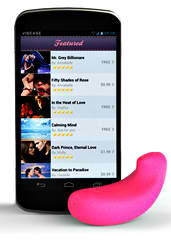 August: The silly season. Books are always the best option for keeping yourself and your kids entertained during the summer. But now for something a little bit different:

How about a “fight-to-the-death-for-survival”-themed summer camp for kids?

This summer Country Day School in Largo, Florida introduced its new a Hunger Games-inspired summer camp. Days of training were followed a competition to “collect lives” (not, kill as such) in a flag-football style competition. The Tampa Bay Times visited the camp and reported that the kids sounded somewhat blasé about the proposition of having their life collected at the hands of another camper.

“If I have to die, I want to die by an arrow,” said one camper to no one in particular. “Don’t kill me with a sword. I’d rather be shot.”

Simon Bosés, a counselor at a neighboring computer camp noted that children raised on video games tend to think of death not as “a final thing” but as a “reset.”

Of course, there’s always the other perspective: Susan Toler, a clinical psychologist specializing in children’s issues and an assistant dean at the University of South Florida St. Petersburg, told the newspaper the idea of the camp was “unthinkable.”

Perhaps a better word for it, considering the widespread popularity of the books and the movies, would have been “inevitable.”

Interested? Aghast? Let us know what you think in the comments.