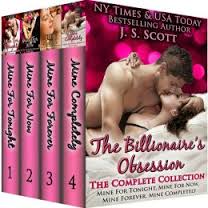 By Dennis Abrams and Edward Nawotka

As part of a not-so-fond look at Fran Lebowitz’s 1978 comic essay collection Metropolitan Life, Dan Kois, at Slate.com, does take a very fond look at mass-market paperbacks in general: “The beauty of the paperback: If it stinks, you can just throw it away!”

He goes on to explain: “There was a time when I spurned mass-market paperbacks. They’re small and flimsy, unbefitting real literature. They’re cheap, and their disposability invites a certain unseriousness in the reader. Whenever I had the chance (and the funds), I replaced the mass-markets in my collection with hardcovers, or at least larger-sized trade paperbacks.

It’s funny how the things that once seemed like bugs now seem like features. Especially that wonderful disposability! If I’m just not that into a book, I want to be able to ditch it. I don’t want to feel beholden to a bad novel just because I spent $35 on the gorgeous hardcover, or because it’s so large and heavy that I couldn’t bring a backup book with me. At 38, with two kids and limited brainpower and scores of shelf-feet of unread books in my house, I am looking for books that I can cast aside without care if things don’t work out.”

Kois’ observations come at after a period in which we have seen  mass market paperback sales are plummet, as readers looking for more “disposable” literature — genre fiction mostly — convert to ebooks. And increasingly, those ebooks are self- or independent-published titles that sell for dime store prices: $1.99, $2.99 etc. Many of these titles are not, let’s face it, suitable to be packaged as $35 hardcovers, as a $16.99 trade paperback, or one of the $8.99 large format mass market shelves.

There is a time and place in many people’s lives for the a 50 Shades of Grey knock-off series that sells for $1.99. For many readers, literature that is good enough, set at the right price, will suffice.

That said, not everyone wants to commit their time to something that is merely “good enough,” “disposable,” or “cheap.” Consider this: the most recent ebook bestseller lists compiled by Digital Book World show an average price of over $8 per title and lists dominated by traditional publishers  — something that should come as a small relief to many who worried that $.99 cent books threatened literacy.

No you can’t necessarily equate price and quality, but you can equate price and one’s commitment and willingness to invest in their reading experience. Simply put, the higher the price, the more the reader demands in return.