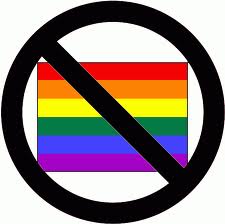 It happens in the United States as well as in Russia…

The Inquisitr reports that Sweetwater Books, a division of Cedar Fort Publishing & Media, has refused to publish a gay author’s book after he listed his “boyfriend” in the bio section of the novel titled Woven.

The publisher had been in final preparations for the book’s release, “a highly anticipated young adult fantasy novel but pulled out of the deal after realizing the author was into the male persuasion.”

The agreement between Sweetwater Books and authors David Powers King and Michael Jensen had been signed on January 15, 2013. The two men worked on the series with the publisher, writing and making editing changes as required. The final manuscript was scheduled to go to press on August 1 but was “abruptly canceled.”

“Cedar Fort expected Woven to be very successful. They told me they thought it would be their best seller this year, and that the preliminary reviews were very, very, good.” (Sample review from author James Dashner: “It’s not often that you read a fantasy that feels as epic and original as Woven by King and Jensen. Clever, well-paced, and full of intrigue, it’s a superb read. Highly recommended.”)

But apparently that wasn’t enough to satisfy Sweetwater Books. When Mr. Jensen received the proof for the books’ cover art, he realized that his submitted author’s bio had been changed: the sentence “He lives in Salt Lake City with his boyfriend and their four dogs” had been removed.

Jensen, not surprisingly, contacted the publisher about the omission and was told by acquisition editor Angie Workman that he couldn’t tell his readers that he was living with a man.

In a public statement, Jensen said:

“David’s bio said that he lived in Utah County with his wife and kids. I wanted a comparable, accurate sentence in my bio.”

Jensen also offered to allow Sweetwater Books to change the word “boyfriend” to “partner” but no dice – the reference was removed completely.

At that point Jensen, who says that the publisher knew he was gay when they signed him up, went directly to Lyle Mortimer at Cedar Fort. And that’s when the full bore attack on him and gay rights began:

“The conversation really devolved quickly. Lyle started yelling about my ‘agenda’ and how I was trying to destroy families. He even started saying inappropriate things about how God had given me a penis for a reason. It was very uncomfortable. Then he threatened to publish Woven without our names attached or without our bios at all—rather than print that one sentence. He told me that if he decided not to publish because of this, I’d have to buy back the rights to our book and reimburse him for his work so far, and that would cost me thousands of dollars.”

Ultimately though, after the authors threatened to “out” the publisher’s policies, they were released from their contract and given back full rights to their series, no strings attached. (The Inquisitr said that “The Utah publisher was concerned that their relationship with the LDS-church-affiliated Deseret Book would be ruined if they dared to tell people they supported a gay writer.”)

King adds, “While we are disappointed that Woven won’t be published when we originally planned, ultimately we’d much rather be signed by a publisher who fully supports us—both of us.”

Read more and learn how to contact their representative here.