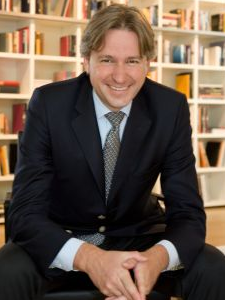 In less than two months, Brazil will take center stage as Guest of Honor at the Frankfurt Book Fair with more than 70 authors traveling to Germany to participate in the event. A competition was held earlier this year for young designers to produce a poster to build anticipation the event. The winning entry features a German Teckel dog dressed up for carnival above the caption “waiting for Brazil.” The runner-up featured a photo of Brazilian soccer Pelé holding a book.

What’s more, numerous German publishers and journalists traveled to Paraty this year to join Brazil in its world famous annual literary festival, FLIP, Festa Literária Internacional de Paraty. A press conference with Frankfurt Book Fair Director Juergen Boos at the event offered a preview of what we might expect in Frankfurt and revealed that excitement is already mounting.

PublishNews Brazil: There have been many administrative changes this year in Brazil, how are the preparations going?

Juergen Boos: Yes, over the time we have been working together we have had three ministers of culture and two heads of the FBN [National Library Foundation, responsible for Brazil’s participation], so we have had to start over several times with new people. It took me nearly two years to get close to Galeno [Amorim, former president of FBN], and then when we became friends he had to leave. Now with Renato Lessa [President of FBN] we are building up a new relationship. We just met with him in Frankfurt, but it was quite a good experience. We had a press conference where we got to see the plans of the Brazilians for the Fair. It came as a surprise, because it’s a very intellectual approach, not a cliché, the “Rio de Janeiro” type of stand you would expect. So much thought went into the architecture of the stand, it’s now something very special—there are so many ideas that combine the traditional press with digital objects etc. It’s very multi-layered, but it takes some time to understand, you have to have the time to interact with it, and I think it’s the same with Brazilians.

PB: Are there any difficulties in the organization that are specific to Brazil?

JB: You cannot compare one country to another. I had this discussion with Peter [Weidhaas, former director of FBF], he said: “This is going to be difficult; they [Brazil] do everything at the last minute.” But this is not the experience we’re having, the translation program, for instance, started the moment the country was announced as Guest of Honor. Brazil has been a more reliable partner than many other countries.

PB: You work very closely with the Brazilian Book Chamber, are there independent publishers going to Frankfurt or are the only ones coming through the Brazilian Publishers project?

JB: Yes, we have met with some publishers through SNEL [The Publishers’ Union] as well and with publishers who were not under any organization, and with authors who do not belong to any official group. There are quite a few people who will come independently, or will come through invitation of their German publishers.

There are many people who are coming for the first time, so it’s important our participation in Rio — Germany is Guest of Honor at Rio’s Bienal do Livro at the end of this month] — to talk to publishers who haven’t been there before, to tell them what to expect, how they can “deal with Frankfurt.”

PB: At the press conference you mentioned that you could already feel the Brazilian presence in the German publishing market, could you explain what you meant?

JB: First, there’s the effect of the translations [the National Library’s translation grants program], and the presence of Brazil in other fairs, such as Bologna. There will be around 200–250 Brazilian titles available, and these are the ones we know of published in Germany, but there are more. The plan is to have a long term effect, and if that doesn’t happen then we have failed.

PB: And do you feel the impact of Germany on the Brazilian publishing market? Are you also involved in Germany’s participation as Guest of Honor in Rio?

JB: Yes, we have a team in Frankfurt working on it. The presence of German literature in Brazil is not the same. I do not know the actual figures, but I see an interest in German culture here, there are many communities of descendants, people learn German, there are whole neighborhoods of German origin.

PB: Brazilian publishers can definitely learn a lot from foreign ones, but in terms of bookselling, perhaps  foreign bookstores can learn from Brazilians?

JB: It is very interesting. A German journalist told me he was quite impressed with bookstores in Brazil, they do readings, music events etc. I think it’s a model for European bookstores as well, especially since they have been in a very sensitive situation.

Even Feltrinelli [the Italian publisher] has opened a new bookstore chain with restaurants inside the stores. Well, Livraria Cultura [the Brazilian bookstore chain] in São Paulo did that more than 20 years ago. So, yes, this is one thing we can learn from Brazil.

PB: Last year Frankfurt announced plans for implementing an annual conference in Brazil called CONTEC. How is this plan working out?

JB:  We will have a very small conference during the [Rio] Biennial, but we are planning a big one for early next year. We haven’t decided whether it will be in São Paulo or in Rio, because we need some support, otherwise the financing will be impossible.