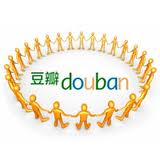 “There is potentially a vast market in China for British cultural content which remains largely untapped. Social networks [can] allow British artists to experiment with different audience engagement models and to work out what Chinese audiences like,” says Hasan Bakhshi, Director of Creative Economy in the Policy & Research Unit of Nesta, the UK’s “innovation foundation.”

Bakhshi, along with Philippe Schneider, authored a paper, “Crossing the River by Feeling for Stones,” outlining this potential. Now their theories are being put to the test.

Award-winning author David Mitchell, working with the UK’s Arts and Humanities Research Council, British Council and The Literary Platform, has posted two short stories to Chinese books site Douban Read and inviting readers to translate two stories, “The Gardener” and “The Massive Rat,” into Chinese. A shortlist of three finalists for the best translation will then be put to a public vote, which will determine the “winner,” with their translation then offered for sale.

“The translation contest is designed to generate qualitative and quantitative research to better understand the Chinese market for British writing,” said a press release about the project.

Douban — which translates as “Bean Shell” is a site that resembles an amalgam of Amazon.com, social media sites like Goodreads, and writing sites like Wattpad — has some 70 million users, with 3 million focusing on books. The Mitchell contest is the second project launched as part of Douban’s “Hermes Project,” which, according to the website, “seeks to unearth and translate high-quality foreign content to provide ebooks for wider public enjoyment.” In addition to Mitchell’s work, a selection of Nebula Award-winning and nominated novellas and stories by Nancy Kress and Aliette de Bodard are also posted to the site for translation.

Mitchell’s agent, Katie McGown of Curtis Brown believes Mitchell’s work is particularly suited to the experiment, “It is wonderful to see the success that David has achieved in China in translation, especially the renewed interest in his work that has come as the result of the film adaptation of Cloud Atlas last year.  His much publicized visit to the Shanghai Book Fair in 2012, highlighted just how eager Chinese readers are for western literature.”

Chen Wei, Editor of the Department of Foreign Rights at Douban Read, notes that “David’s writing and the film adaptation of his novel Cloud Atlas are both popular on Douban.”

Mitchell’s work is often difficult, but is itself often heavily influenced by Asian culture (primarily Japanese); while de Bodard’s work, particularly, On a Red Station, Drifting, is influenced by classic Chinese literature, especially A Dream of Red Mansions.

Ultimately, the experiment — however modest — should offer some insight into just how willing Chinese audiences are to directly engage with English-language literature and material: how many people submit translations, the amount of social media interaction it generates and whether, once a winning translation is chosen, readers show a willingness to buy.