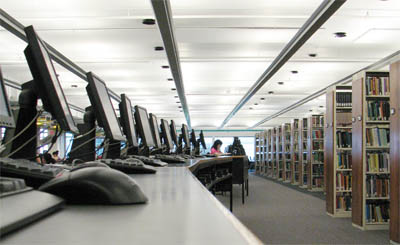 A recent report on NPR said it best: “Ebooks have strained the relations between libraries and the major publishing houses. Libraries say they’re being cut out of the market because publishers are afraid they could lose money selling ebooks to libraries. After much negotiation, the publishers are already looking to bypass the high prices and restrictions that publisher place on ebooks.”

As part of NPR’s series on libraries, Lynn Neary reported on the ongoing issues that separate publishers and libraries, noting that, “All of the major publishing houses have different policies regarding the sale of ebooks to libraries. Among the things that vary from one publishing house to another are how many of their titles are available as ebooks, and which libraries have access to them.” Neary spoke to people on both sides of the argument. Some edited highlights:

Jo Budler, state librarian of Kansas, and Library Journal’s Librarian of the Year, noting that the price of an ebook can vary, said that “The cost to you and I might be $10 for a book, and it might be $85 for a library, for that same title.”

We have some publishers who say, you could buy a book, but it only belongs to you for a year. So basically, what they’re doing is leasing it for a year. And then there are other ones who say, you can have a title but after 26 checkouts, it’s gone. So you’re really, again, leasing it; you’re not buying it.”

Reticence on the Part of Publishers

Caroline Reidy, CEO of Simon & Schuster, acknowledged that digital publishing has forced publishers to rethink their relationships with libraries, using as an example the fact that since ebooks never wear out, libraries won’t have the need buy new copies of worn-out titles.

“It also makes it very easy for them to share their books with other libraries within their own system, or even around the country,” she said in her defense. “And do we really want to have one, huge database available across the whole country – of all of our books – that consumers can read for free? You know, one of the questions we asked at one of our early meetings was, why would anyone ever buy another book when they could get every book for free?”

Neary also explained a one-year pilot program started by Simon & Schuster this past April limited (for the time being) to three public libraries in New York City, which allows ebook lending good for one year, with unlimited checkouts. But what makes the program special is this: library patrons have an option to actually purchase the book.

Reidy explained: “We have a very popular book – say, last year, you know, the Steve Jobs book; they sometimes had a hundred people in line, waiting to read it. So that, to us, seemed to be an ideal opportunity, that some portion of those people would be happy to buy it. But it was a win-win because the library also got some of the income from that purchase. So it was a way for people to support their libraries, actually, by buying through the library portal.”

But, as Neary explained, Jamie LeRue, head of the Douglas County Libraries in Colorado, has already found a way around the big publishers — with an emphasis on self- and independent publishing. LeRue pointed out that there is a middleman lurking between publishers and libraries: the distributor. And distributors are the ones who have the digital platform necessary to deliver ebooks to patrons, (while getting a share of the book’s sales) which is one of the reasons that ebooks can be so expensive for libraries.

So LeRue discovered a simple lower-cost solution: the Adobe content server which gives libraries the ability to allow people to read books in the Cloud, or to check out the ebook on a digital device, to restrict loans to just one person at a time, and to control how long it’s checked out for. So they purchased it.

Neary explains that, “With the platform in place, Douglas County libraries turned to independent publishers as well as self-published authors and services like Smashwords, to get more content. They still buy from the major publishing houses, when they can. But they also deal with more than 900 small publishing companies and have 40,000 titles in their ebook collection. And, LeRue says, they also give library patrons the option to buy the ebook. And they’re happy to help them discover lesser-known books and authors.”

Other library systems have adapted what is becoming known as the Douglas County Model. One of them is the Kansas State Library System, which will share a platform and content with a collective of libraries in California, leading Kansas State librarian Jo Budler to wonder if the big publishing companies could find themselves left behind.

And LeRue had one final warning for publishers: With a digital platform in place, libraries can do more than just distribute ebooks. They can publish them as well.